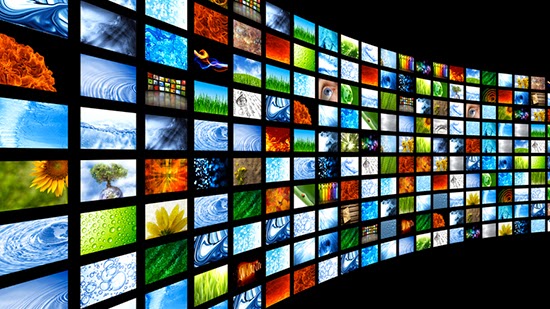 The site you are reading this article on is part of the ‘alternative’ or ‘independent’ media. Many of these sites do not take advertising and are run on the basis of donations from readers. Many of the authors whose articles appear on these sites write for no or little financial remuneration.
Contrast this situation with the so-called ‘mainstream’ print and TV media.
The corporate mainstream media with its well-paid journalists and increasing concentration of ownership bows to the concerns of advertisers. It tends to be privately owned and its owners have a vested interest in maintaining an economic system based on private ownership and in manufacturing consent for it. Moreover, such outlets these days are increasingly part of major conglomerates, which may include armaments manufacturers, banking or industrial concerns, and will not therefore adopt stances or report on stories that are harmful to the interests of the wider organisation.
The public is thus given access to a world view that is distorted in favour of state-corporate interests. Such interests have succeeded in getting across the message that, for example, the ‘free market’ is the best way to deliver goods and services to people, state provided welfare is bad and ‘individual responsibility’ is good, ‘austerity’ is necessary, privatisation increases efficiency, an endless ‘war on terror’ must be waged on designated enemies, well-being is measured in terms of a never-ending quest for GDP growth, the US and NATO are the ‘world’s policemen’, giant agribusiness must displace peasant farmers to secure food security and gross inequalities and unregulated corporate power are both necessary and legitimate.
Over the past 15 years, numerous ‘alternative’ news websites have sprung up that challenge these assumptions and the belief that ordinary citizens should be passive consumers of a predetermined news agenda. There are now dozens of popular news sites that inform people of issues the mainstream media has deliberately failed to tell people the truth about. There are also many more sites with global reach that exist to scrutinise specific sectors, hold practices to account and counter corporate propaganda (for example, GMWatch, Corporate Europe Observatory, Food & Water Watch, Campaign Against the Arms Trade, etc.).
The existence of ‘alternative’ independent sites has led the European Union to express concerns about the ‘damaging’ effects of people having access to these sources of information. The EU argues that societal consensus is being eroded as people are being ‘led astray’ by dissenting voices on the internet. In the report ‘A free and pluralistic media to sustain European democracy’, the EU feels there is a danger that people are being misguidedly radicalised. It advocates EU funding for ‘responsible’ journalism, getting the EU’s viewpoint across regularly and prominently in the media and placing controls on the net. The EU perceives this to be ‘pluralism’.
What is ‘responsible journalism’?
An article by Annie Day indicates that as a result of its destabilisations, coups, mass bombings and death squads, the US military and the CIA have been responsible for a figure of an estimated ten million deaths since 1945. Yet the corporate media never describes any of this as constituting a form of mass terror. Through the cynical hijacking of the concept of ‘terror’, the US now attempts to justify its ongoing tyranny through a ‘war on terror’, which goes unquestioned on a daily basis by the mainstream media.
Ukraine is the latest example of a US-backed terror campaign, which the corporate media has consistently failed to question. As the world edges ever closer to nuclear war, the mainstream media merely parrots the official lie coming from Washington that the situation is all due to ‘Russian aggression’.

You can also add to that ten million, countless others whose lives have been sacrificed on the altar of corporate profit, which did not rely on the military to bomb peoples and countries into submission but on the IMF, World Bank and WTO. It begs the question how many lives have been cut short across the world because of the inherent structural violence or silent killing of the everyday functioning of predatory capitalism?

The appropriation of wealth through a system that funnels it from bottom to top via a process of accumulation by dispossession is celebrated by the corporate media as growth, prosperity, and freedom of choice, despite evidence that, from Greece to Spain and beyond, the reality for the majority has been falling wages, increasing poverty, the stripping away of choice and misery.
So where is the ‘responsible journalism’ that the EU calls for?
Does it lie with those journalists in the corporate media whose claim to respectability is their rigid professionalism, their accountability, their objectivity?
If you can call professionalism, accountability and objectivity being in the pay of and not wishing to offend advertising interests, officialdom and powerful corporate interests then they are paragons of absolute responsibility.

Peddling their high salaried deceptions, they have failed and continue to fail the public and genuinely hold power to account. By shining their ‘investigative’ light on ‘parliamentary procedures’, personalities, the rubber stamping of policies and the inane machinations of party politics, they merely serve to maintain and perpetuate the status quo and keep the public in the dark as to the unaccountable self-serving nature of power broking and the unity ofinterests that enable Big Oil, Big Finance, Big Pharma, Big Agra and the rest of them via their secretive think tanks and policy initiatives to keep bleeding us all dry.

But that’s the role of the media: to help reinforce and reproduce the material conditions of a divisive social system on a daily basis. It’s called having a compliant, toothless media. It’s what the corporate media itself calls part of ‘liberal democracy’.

And in this type of ‘liberal democracy’, it is people like Edward Snowden or Julian Assange who expose the wrongdoings of the political-corporate elites that are hounded.
It was George Orwell who said that journalism is printing what someone else does not want printed and everything else is public relations. Orwell was correct. Former CIA boss General Petraeus stated in 2006 that his strategy was to wage a war of perceptions conducted continuously through the news media, while John Pilger observes that the role of respectable journalism in western state crimes – from Iraq to Iran, Afghanistan to Libya – remains taboo. Its role has been to serve as first-choice cheerleader for illegal wars.
Intelligence agencies secure media compliance
There are of course some good journalists working in the corporate mainstream media. But if you think this article mounts to little more than a one-sided attack on the ‘mainstream’ media, you may need to think again.
Many readers will be aware of a recent story about the former editor of Frankfurter Allgemeine Zeitung, one of Germany’s largest newspapers, who claimed that he accepted news stories written and given to him by the CIA and published them under his own name.
This revelation came as a shock to many. But it should not have because  in the UK, for example, the British intelligence agencies along with the CIA has for decades strived to ensure that the mainstream press and TV complied with the interests of the Establishment. In addition to making sure that the British left was subverted, infiltrated and made toothless, the mainstream media was molded by the intelligence agencies to parrot the Establishment’s viewpoints and aims.
How this was achieved is described in the article ‘The Psyops War: British Intelligence and the Covert Propaganda Front and the CIA’s Interference in British Politics.’
The article reveals the tight-knit relationship between senior journalists and MI5:

MI5 targeted labour correspondents in both newspapers and broadcasting right up to the 80s; they were recruited in droves for their contacts with a wide range of trade union officials and with each other. According to Peter Wright, MI5 always had about twenty senior journalists working for it in the national press. “They were not employed directly by us, but we regarded them as agents because they were happy to be associated with us.”

As the national public service broadcaster funded by the state, special attention was paid to the BBC:

At the BBC, Brigadier Ronald Stonham liaised with MI5 and Special Branch and advised the corporation on whether or not to employ people. Names of applicants for editorial posts in the BBC were similarly ‘vetted’ by MI5.

From the article, it becomes clear were the elite thinks journalism’s loyalty should ultimately lie:

“There should be times when the journalist, when he’s examined all the facts and tested all his sources, should come down on the side of the government of the day, the established order and the Establishment as a whole.” – Chairman of the Radio Authority

And the working class in particular should certainly know its place (Toxteth is an urban district and is used here to signify the social unrest that gripped a number of British cities in the early eighties):

“We are in a period of considerable social change. There may be social unrest, but we can cope with the Toxteths… but if we have a highly-educated and idle population, we may possibly anticipate more serious conflict. People must be educated to once more know their place.” — from a secret Department of Education Report.

The article makes clear who the British Establishment regards as the ‘enemy within’ and what it perceives the role of the much-heralded ‘free press’ (much heralded by people belonging to this ‘free press’) to be.
With massive decreases in readership, however, the print media seems to be in terminal decline. The Establishment’s grip on the control of information has been in danger of slipping as the internet has become a major vehicle for the dissemination of information.
The state-corporate-financial elite has presided over a bought and paid for mainstream media for some time. Now it is engaged in an ongoing strategy of global mass surveillance and a clamp down on internet freedom. The goal is to eventually have a fully controlled internet that mirrors the shackled ‘free press’ that the Establishment has for so long cherished.