The charge came after news of a disagreement during a cabinet meeting on Tuesday night was leaked to the Daily Mail. It related to plans for the establishment of a historical investigations unit to deal with unsolved murders from 1968 to 1998 in Northern Ireland. 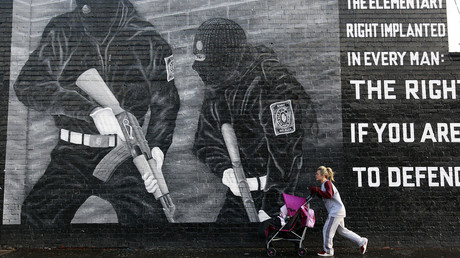 During the meeting, Williamson and Foreign Secretary Boris Johnson warned that the plan proposed by Northern Ireland Secretary Karen Bradley would result in a “witch-hunt” against veterans of the armed forces and security services.

Some senior Tory MPs were furious over the leak and said that Williamson had signed off on the proposal prior to the meeting, The Times reported. They accused him of ambushing Bradley by leaving his objections until the full cabinet meeting, so that they could be leaked.

“Last week, he signed off on selling our Northern Ireland troops down the swanee but now he has briefed out that he protested in cabinet, to get the Daily Mail scoop,” one minister said, according to the paper.

Another apparent witness to the discussions said that Williamson’s contribution “was designed to be leaked,” while another called it “a short-term maneuver” and said it was “not from any position of great principle. This is a widely shared view.”

The Times added that “other senior Conservatives suggested that Williamson was using the issue to enhance his reputation among backbenchers and position himself as a future leader of the party.”

The plan, if it were to go ahead, would see a consultation take place on the establishment of a unit that would investigate all unsolved murders in Northern Ireland during the conflict. While Williamson had allegedly already signed off on the plan, he used the cabinet meeting to ask for the inclusion of an option to bring in a statute of limitations bill. This, he said, would prevent ex-servicemen from being hounded into old age by “bogus” Iraq War-style legacy cases.

Such an amnesty, however, had previously been shot down due to Democratic Unionist Party (DUP) fears that a similar amnesty would then be demanded by “IRA terrorists.”