Denton Police say a 20-year-old University of North Texas student has died after being taken off life support following a shooting overnight.

Sara Mutschlechner was driving along North Elm Street around 2 a.m. Friday when a black Toyota or Lexus SUV pulled up next to her. Words were exchanged and someone in the SUV opened fire, police said.

Mutschlechner was shot in the head. She lost control of her car and crashed into a nearby electrical pole. 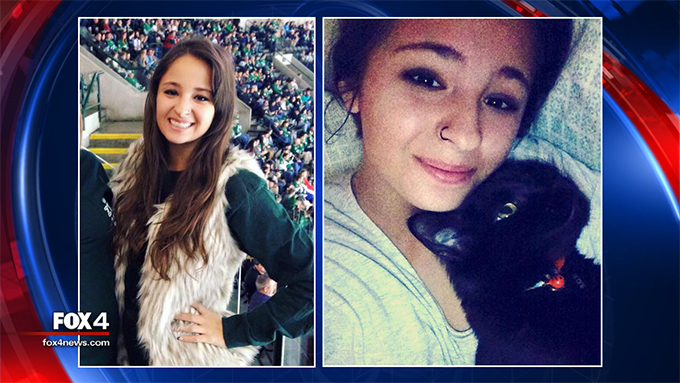