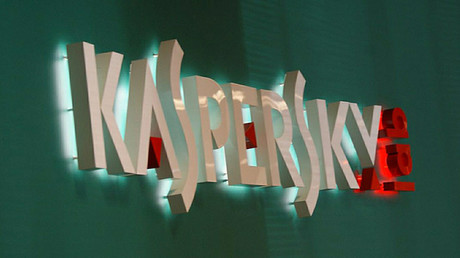 Even with no evidence and damage to the company, the US won’t distract spying allegations against Kaspersky Lab due to anti-Russian hysteria in the US media and left-wing circles, said Greg Copley, editor of Defense & Foreign Affairs.

Two months ago, the US Department of Homeland Security ordered agencies under its umbrella to identify Kaspersky Lab software on their computers and remove it from their networks on the grounds of the alleged espionage threat. The Moscow-based company was accused of leaking classified information to the Russian secret services.

However, Assistant Secretary for Cybersecurity at the Department of Homeland Security (DHS) Jeanette Manfra told Congress on Tuesday that there is no “conclusive evidence” to support claims the antivirus developer has been involved in cyber-spying. Kaspersky Lab denies the allegations, stressing that it has never assisted any government with cyber-espionage efforts.

“Basically we’re seeing the situations throughout the West today, where media reports generate hysteria, and cases whether they are of alleged sexual harassment, or alleged spying or whatever, are tried in the media. Governments are forced to respond before there has been a full investigation, or whether there are any merits or not to the allegations. We’re seeing a move toward governments trying to respond rapidly to public expressions of outrage about something, including the use of the Kaspersky antivirus software. They are making these judgments and take these actions based on more or less hysteria, rather than on detailed evidence,” says Gregory Copley, editor of Defense & Foreign Affairs, and president of the International Strategic Studies Association.

However, even though there’s no evidence any networks had been breached because they use Kaspersky software, it’s unlikely the US government will retract its accusations against the company, Copley told RT.

“We saw this in many instances in recent history – whether that was the Western governments particularly going into the former Yugoslavia… Once they made that commitment, there was no retraction, simply because retraction implies a mistake has been made and mistakes like this cost lives. So no government is going to admit to that kind of embarrassment,” he said.

“So no, I don’t expect the US government to retract its accusations against Kaspersky Lab. And that has done immense damage to the company in the global marketplace,” he added.

Last week, WikiLeaks released the so-called Vault-8 files, indicating the CIA was impersonating Kaspersky Lab as a cover for its malware operations.

Commenting on why would they choose Kaspersky and whether the WikiLeaks revelation undermines the accusations against the firm, Copley noted:

“There is no question the allegations against the Kaspersky company were prompted by an anti-Russian hysteria in the US media and in the left-wing circles of the US political machinery. There is almost a rabid pathological view within media and the leftist circles in the US that Russia must be to blame for something. So they will keep making these allegations. It plays well to their base audience, which is basically the urban electorates. So they will keep making this because it does distract from other issues, which they should perhaps be paying more attention to in the US political scene.”

Tim Anderson, Senior Lecturer in Political Economy at the University of Sydney agrees that this is all just a part of “anti-Russian hysteria” in the US.

“Now we’ve got the spying accusation through the antivirus industry. Let’s remember Kaspersky was up in the top handful of antivirus companies, so it is very well established in the world – has about 400 million players. Let’s also remember that the US is increasingly having integrated relationships between its State Department and its security apparatus with US IT companies. Google, for example, now has close relationships with the State Department. Facebook has also been working with the State Department against what it calls ‘fake news.’ So there is a new climate where the US state itself as being engaged with IT companies,” Anderson said.

In his view, the US government chose Kaspersky Lab as a scapegoat because it’s “in a sensitive sector” of the economy. But there are several other strategic sectors including energy where the US “is acting rather aggressively,” Anderson said.

“The US is generally moving into a more protective role, which has to do with its sense of losing it hegemonic capacity and also its economic decline. I think we should see the anti-Russian hysteria linked up to what is a more broad economic war that is coming from the US. A series of unilateral measures that amount to a type of economic war,” he told RT.