The UK would save £900 million from the legalization of cannabis as it would cut NHS and prison costs, a study reveals. It comes as the UK’s drug minister stopped discussing cannabis as her husband runs a huge marijuana field.

As pressure mounts on Parliament to discuss the legalization of cannabis, the Taxpayer’s Alliance has published new research claiming the NHS could save up to £306 million a year as the number of patients needing painkillers and antidepressants would plunge. It also said the NHS could save tens of millions by avoiding having to treat people who resort alcohol to alleviate the pain of other illnesses.

“Given the changes happening in the US, Canada, and elsewhere, it’s an important time to consider whether heavy-handed policies are worthwhile, especially given the significant savings that could be made,” Ben Ramanauskas, an Oxford University researcher and policy analyst for the Taxpayers’ Alliance, said. 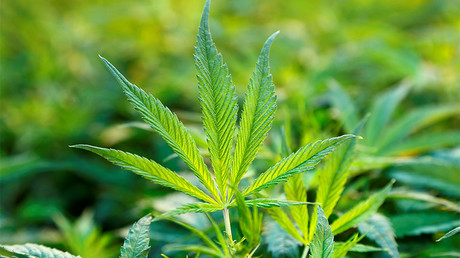 Currently 1,363 people are in prisons in England and Wales because of cannabis-related offenses, the study also claims legalizing the drugs would save £557 million a year on prison services.

It comes as the Government’s drug minister Victoria Atkins “voluntarily” stopped talking about cannabis after it emerged her husband Paul Kenward is the managing director of British Sugar, a company with a 23-acre site growing a non-psychoactive variant of the plant in Wissington, Norfolk.

Legalization campaigners have accused her of “ridiculous conflict of interest”, as the MP for Louth and Horncastle being a staunch opponent of the drug’s legalization.

Peter Reynolds, president of Clear, told MailOnline: “Obviously it is a ridicul ous conflict of interests.Since November 2017 there are a dozen instances of her speaking about cannabis.

“She should not have been appointed as a Home Office minister. I am sure she is a very able woman but this is a clear conflict of interests.

“She has an extreme view, she talks about it being an extremely dangerous drug that causes misery in communities and says that it has no medicinal value. She is a hard-line prohibitionist.”

READ MORE: Fury over Commons ‘filibustering’ as Labour MPs turn on each other over cannabis bill

A bill on cannabis reform was narrowly avoided earlier this year. Labour MP Paul Flynn, who tried to draw a debate on the issue, said his fellow Labour MPs “filibustering” meant all time had been exhausted to discuss the drug being legalized for medical use in the country.