US President Donald Trump declared himself a “nationalist” at a Texas rally, prompting CNN and the usual suspects to scream “racist.” But driving commentators crazy with wild speeches is nothing new to Trump.

As the crowd booed, Trump set out his own political beliefs.

“You know, they have a word. It sort of became old-fashioned. It’s called a nationalist,” he said. “And I say really, we’re not supposed to use that word. You know what I am? I am a nationalist. Use that word.”

“You know what I am? I’m a nationalist, okay? Nationalist. Use that word, use that word.”–Trump

I guess it’s coming out day for Nazis.

Adolf Hitler: “I am a Nationalist.”

Donald Trump: “I am a Nationalist.”

Wake the fuck up America. This is no longer a circus or a bad reality TV show. This is a full on fascist take over of our country and November 6th is our last best chance to stop it. #VoteBlueToSaveAmerica

Okay folks I am still stuck on Trump saying out loud at a rally tonight that he is a nationalist. Let’s not let this get lost in the chaos. This is a big admission which should terrify us all.

In case you were wondering what to be outraged about, CNN’s Don Lemon – last seen laughing along to a contributor calling rapper Kanye West a “token negro” – spelled it out later that night.

Rather than referring to a political outlook that favors one’s own country, Lemon explained that the word “nationalist” is a “favorite of the alt-right and is loaded with nativist and racial undertones.”

And rather than referring to a world view of global commerce, multiculturalism, and integration of international institutions and agencies, “globalist has been used as a slur of sorts, sometimes even against those in the administration, often with anti-Semitic overtones,” he continued.

“What just happened to make the president come right out and embrace nationalism? Openly. And claim that mantle. What has happened here?” Lemon wondered, shaking his head with solemn sincerity. 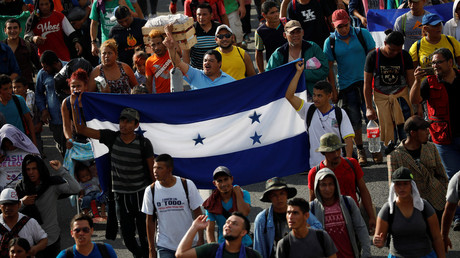 While Trump has been hesitant to label himself a nationalist, Lemon need not sound so shocked. Trump has twice defended patriotism and the concept of strong nation-states in front of the United Nations – an organization that embodies globalism – and has railed against global alliances like NATO. Likewise his oft-repeated vow to put “America first,” his use of protectionist tariffs in international trade, and his endeavors to end illegal immigration, are all nationalist policies.

But whatever label Trump puts on his own brand of flag-waving, fist-pumping nationalism, his statement on Monday, and the reaction of the liberal media to it, follow a well-established pattern.

Speaking at long campaign-style rallies gives Trump freedom to deliver off-the-cuff remarks to a receptive crowd. First, the president says something guaranteed to catch the attention of the media and please supporters. For example, last Thursday, Trump praised Montana Republican Greg Gianforte for body-slamming a Guardian reporter at a campaign event one year beforehand.

“By the way, never wrestle him,” Trump said of Gianforte. “Any guy that can do a body-slam, he’s my kind of guy. He’s my guy.”

Secondly, the crowd and the mainstream media go wild. Here was Trump openly condoning attacks on journalists, commentators said. His words, the Guardian’s US editor wrote, run “the risk of inviting other assaults on journalists both here and across the world.”

The disturbing part of Trump’s jokes about Gianforte was the effect on the crowd. I saw one young man in the crowd making body slam gestures. He looked at me and ran his thumb across his throat. I talked to him after the rally was over. He couldn’t stop laughing.

With the hubbub in full swing, Trump jetted off to Arizona the following day for another rally. This time he unloaded on illegal immigration, promised to build his long-planned border wall, and told the crowd that the “council is run by illegal immigrants.”

The media responded predictably, clamoring to fact-check Trump’s proclamations, and accusing the president of using “Nazi-like” language to describe immigrants. Trump’s name was yet again on every news anchor’s lips.

“‘In California, a town council is run by illegal immigrants. Is this even possible?’ he said to the Mesa crowd.

“No, it is not posssible.”
https://t.co/wPDu8IxOcm

While you were sleeping, the president of the United States used Nazi-like language to describe immigrants, who travel in “nests” and are “like a war” on America https://t.co/z24DHMfPSS

The same cycle played out at a rally in Nevada the following day, when Trump accused Democrats of aiding and abetting a thousands-strong ‘caravan’ of immigrants making its way toward the US from Central America. He claimed that the caravan is full of “hardened criminals” and said that “The Democrats don’t care that a flood of illegal immigration will bankrupt our country.”

Again, the media took the bait and Trump dominated the news over the weekend.

However offensive, unsavory, exaggerated or untrue any of Trump’s statements actually are, they do keep the President in the spotlight and draw eyes to the senators and congressmen he shows up to campaign for. Back-to-back rallies since last Thursday have kept the focus on Trump for almost a week now, and that looks set to continue into the weekend, with rallies in Wisconsin, North Carolina, and Illinois all taking place between Wednesday and Saturday.

Whether Trump’s belief, that there’s no such thing as bad publicity, rings true for the candidates he’s supporting remains to be seen on November 6.