The number of teenage Londoners has been rising rapidly since 2013, new figures reveal. Mental health organizations are now warning that lack of services is leading to a “needless waste of lives.”

According to experts, the rise is due to an “over-pressured” environment in the capital and increasing levels of deprivation which leave young people feeling hopeless. 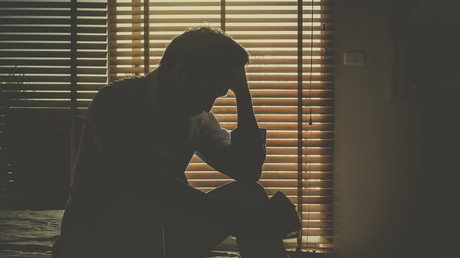 The figures also reveal the number of people taking their own lives in London increased 48 percent since 2015. That compares to a three-percent decrease in England and Wales.

“People are much more over-pressured here than they are in other parts of the UK. Parents are less able to prioritize difficulties because they are under a lot of stress. It goes on from one generation to another, so the damage is continuous,” he said, the Guardian reports.

It comes as a report by the Joseph Rowntree Foundation revealed 1.5 million people were plunged into poverty last year alone, and 365,000 of those were children.

Valentina Levi, adolescent psychotherapist at the Brent Centre, said “many young people from more deprived neighbourhoods really feel they have no hope in terms of the future they are facing – in terms of education and jobs. They don’t feel they have any hope of getting anywhere.”

In the UK, Samaritans can be contacted at 116 123. In the US, the National Suicide Prevention Lifeline is 1-800-273-8255. In Australia, the crisis support service Lifeline is 13 11 14. Other international suicide helplines can be found at befrienders.org