In a recent BBC report, an Afghan civilian claimed members of his family were killed by SAS troops in an unprovoked attack during a night raid in 2011.

The man, who wished to remain anonymous for reasons of personal security, accused the elite British special operatives of executing his relatives as he was blindfolded and tied up in a room overnight.

“Early morning, they came and opened my eyes and said to me that I should not go out until they left the area. When the helicopters left the area we came out of the room.

“As soon as I came out of the room I saw that they had shot my father, two brothers and cousin.”

The incident is now under investigation by the Military Police as part of a broader review of complaints about the behavior of British military personnel in Afghanistan from 2005 to 2013, the BBC reports.

Over that period, more than 600 cases were lodged, but the military dismissed 90 percent of them.
Remaining complaints are still actively being investigated by the Ministry of Defence (MoD) under Operation Northmoor.

The investigators, however, faced unexpected resistance to their efforts when they began looking into allegations of abuses committed by special forces.

Chris Green, a former military intelligence operator who served in Afghanistan, said attempts to investigate the behavior of SAS personnel were often blocked. 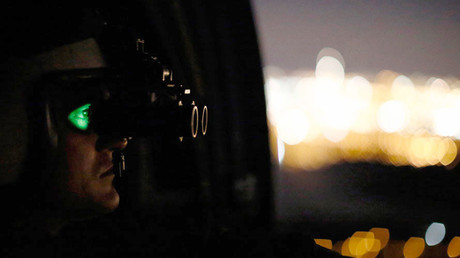 “British forces, and the troops that I worked with, worked under very, very strict rules of engagement and it seemed to me that special forces did not have to apply the same rules in quite the same way.

“My overview of their accountability was – I didn’t see any,” he added.

“When I sought information from them, this wall of secrecy was put in front of me and I could see no good reason why the information I was asking for was denied from me and nor could they give me a good reason for denying me that information.”

The alleged stonewalling has prompted a number of politicians including Labour Party leader Jeremy Corbyn and former Director of Public Prosecutions Ken MacDonald to call for an independent inquiry.

“Our armed forces have a reputation for decency and bravery,” said Corbyn.

“If we do not act on such shocking allegations we risk undermining that reputation, our security at home and the safety of those serving in the armed forces abroad.”