The US Senate voted to keep the 2015 “net neutrality” rules enacted by the FCC under the Obama administration and repealed last year. The measure now faces a House vote and likely veto by President Donald Trump. 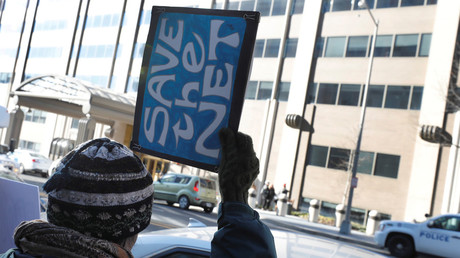 Democrats invoked the Congressional Review Act (CRA) of 1996, which enables the legislature to override regulations within 60 days of them being enacted. The FCC decision to repeal the regulations was supposed to go into effect on June 11.

The Trump administration has invoked the CRA over a dozen times over the past year to roll back regulations enacted by the Obama administration.

The FCC voted along party lines in December to repeal the regulations imposed in 2015, calling them onerous and unnecessary, as no internet service providers were creating “fast lanes” or prioritizing paid content. Democrats have argued that such behavior was inevitable unless there was an explicit federal ban.

Though it cleared the Senate, the Net Neutrality bill would need the support of 25 Republicans to be brought up for a vote in the House of Representatives. Even if it passes both chambers of Congress, it is unknown whether President Donald Trump will sign such a bill or choose to veto it.