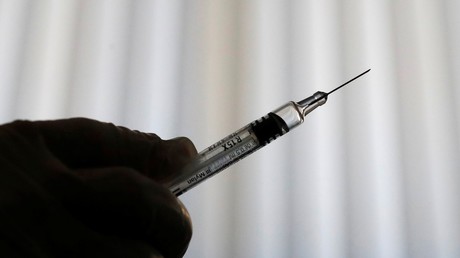 Oscar-nominated screenwriter Terry Rossio has sparked fury online after he tweeted the n-word whilst appearing to equate the racial slur with the term ‘anti-vax’.

The Hollywood screenwriter, whose work included the Pirates of the Caribbean and Aladdin films, used the n-word in response to Julie Benson’s tweet about ‘anti-vaxxers’ and her support for vaccinating children against the polio virus.

“My heart goes out to all the parents of vaccine damaged children, who have to not only endure the sadness of their loss, but also the vitriol of ill-informed and insensitive people (such as those here),” Rossio said in response. “Anti-Vax is equivalent to calling someone a n***** and makes as little sense.” [Rossio used the full word]

The online outburst has seen the screenwriter accused of false equivalency and prompting a “dehumanizing slur.”

This is bad and you should feel bad. Jesus, can black people exist without being dragged as “equivalents” for other social grievances? Can we have that please? We have enough to deal with.

One commenter labeled Rossio, who also worked on the hit film ‘Shrek’, of being “tone deaf” in his statement.

Equating being called antivaxx with a dehumanizing slur that is associated with not just decades but centuries of oppression, enslavement, abuse & death is the most tone deaf, arrogant thing you could do.

The n-word is so profoundly offensive that a euphemism has developed for those occasions when the word itself must be discussed.

The same cannot be said for the term “anti-vax.” https://t.co/RF7rdpMx8P

I can’t believe the writer of Shrek is a fucking idiot.

“God, this is such a good point,” writer Jeffrey Grubb said sardonically in a tweet.  “I remember how American founders and citizens enslaved vaccine skeptics for decades. And then, even after freeing them, the government enshrined laws to marginalize vaccine deniers and to deny them wealth and opportunity. That’s just history.”

My dude, you’re really trying to say the term Anti-Vaxer is equivalent to the n word? Was the term used to oppress people based on the color of their skin, something they couldn’t change even if they wanted to? Were people who are referred to as AV’s enslaved, beaten, hung, etc.?

Terry, do you realize that no one has ever been lynched or murdered over being called “anti-vax”? Do you realize there is no historical comparison between the two? That is an insane leap to make.

This tweet is disgusting, of all the words in the English language you had to use that one? Yet you call yourself a writer? As a white person that word makes me feel shame, and sadness I could never use it. This tweet says a lot about you, none of it good.

Rossio is due to write the script for the upcoming Warner Bros. ‘Jonny Quest’ movie. Neither Rossio or the film company have commented on his online use of the n-word.