The US Senate Judiciary Committee has released more than 1,800 pages of transcripts from interviews conducted with Donald Trump Jr. and other participants of a 2016 Trump Tower meeting with Russian lawyer Natalia Veselnitskaya.

The documents provide new insight into the controversial 20-minute meeting during which Trump Jr, along with Trump son-in-law Jared Kushner and then campaign chairman Paul Manafort, was expecting to receive “dirt” on Hillary Clinton from Veselnitskaya. 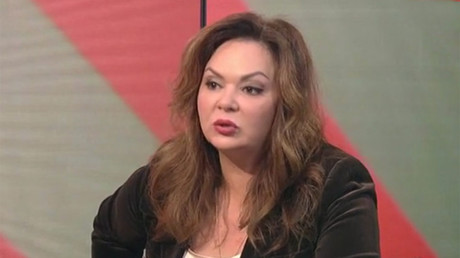 The committee released the thousands of pages of transcripts along with hundreds of additional pages of related material, including interviews with British music manager Rob Goldstone, Russian-American lobbyist Rinat Akhmetshin and translator Ike Kaveladze who were also present at the meeting.

The meeting has been the subject of controversy, particularly the question of whether then-candidate Trump knew about it. Special Counsel Robert Mueller has looked closely at the meeting as part of his investigation into alleged Russian meddling in the 2016 election, which has not yet turned up any evidence of collusion between Trump and Russia.

Following the publication of the documents, Trump Jr. said they showed that he “answered every question asked” by the committee.

“I appreciate the opportunity to have assisted the Judiciary Committee in its inquiry,” he said in a statement. “The public can now see that for over five hours I answered every question asked and was candid and forthright with the Committee.”

Those who were present at the meeting said Veselnitskaya did not provide any ‘dirt’ on Clinton and instead focused on discussing the overturning of US sanctions placed on Russia under the Magnitsky Act. Those sanctions, which impose US entry bans and asset freezes on Russians alleged to have been involved in human rights abuses, are still in place and have since been expanded, most recently in December 2017 when five more Russian nationals were added to the Magnitsky List.

In the transcripts, Trump Jr. said that he was skeptical that Goldstone, who had been the first to contact him about a meeting, had colleagues who possessed incriminating information about Clinton, but said felt he should at least “hear them out.”

He also said that it was important to note that when he accepted the invitation to go to the meeting there was “no focus on Russian activities” and claimed that Goldstone had not even confirmed the names of the attendees who would join them at the meeting.