Steve Rendall interviewed Rahul Mahajan about Fallujah on an April 30, 2004, episode of CounterSpin that was rebroadcast on March 23, 2018. This is a lightly edited transcript.

Janine Jackson: In April 2004, CNN brought on the editor-in-chief of Al Jazeera, one of a handful of networks then broadcasting from inside the Iraqi city of Fallujah, then under siege from US forces—and the site, we were hearing, of mounting civilian casualties. Rather than ask if Al Jazeera’s footage corroborated such accounts, CNN badgered him about why he didn’t suppress the footage. Insisted CNN’s Daryn Kagan:

Isn’t the story, though, bigger than just the simple numbers? With all due respect to the Iraqi civilians who have lost their lives, the story, bigger than just the numbers of the people who were killed, or the fact that they might have been killed by the US military, that the insurgents, the people trying to cause problems within Fallujah, are mixing in among the civilians, making it actually possible that even more civilians would be killed. That the story is what the Iraqi insurgents are doing, in addition to what is the response from the US military. 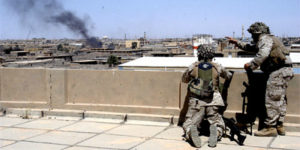 For a different view, you had to look to different, independent journalists. Also in April 2004, CounterSpin heard from Rahul Mahajan, author of the book Full Spectrum Dominance: US Power in Iraq and Beyond. Mahajan had just returned from Iraq, where he spent some time in besieged Fallujah. Here’s CounterSpin’s Steve Rendall talking with Rahul Mahajan in April 2004.

Steve Rendall: Rahul, let’s begin with the overall import of the attack and the siege of Fallujah. How important is this story, do you think?

Rahul Mahajan: This is critical. In fact, I wrote at one point that the events of the past few weeks may be seen in the future as just as much of a turning point for the world as the events surrounding 9/11. This is the time, in this past month or five weeks, this is the time when any possibility for the United States to build some kind of stable military client regime, that is accepted by just enough Iraqis that it can survive, pretty much seems to have collapsed, and Iraqi public opinion is crystallizing from resentment and frustration into anger and resistance.

SR: Do you feel like the US press is giving that sort of import to the story, is seeing the story in the same way you are?

RM: No, no I don’t. In fact, it was hard to always get a clear sense of what was going on in the US media while I was there, but I got the impression that Bob Woodward’s latest book of trading on his own access to the president was being treated as more important than this critical turning point in the occupation.

SR: There’s a late-breaking story, as we tape this show on April 29, that an agreement has been reached where Iraqi security forces will go into Fallujah, and US forces will withdraw. I wonder if you could comment on that.

RM: The first thing to say is that these are Iraqi security forces under a rehabilitated Ba’athist general. They didn’t give the full name, but most likely Lt. Gen. Salam Abed Al-Jabri, who was the governor of Al Anbar province, which includes Fallujah and Ramadi. So this is just yet another example of the feeling that Iraqis have and express all the time about the occupation: Meet the new boss, same as the old boss.

SR: Why wouldn’t they welcome this former friend of Saddam, former colleague of Saddam, this Ba’athist Sunni, I assume, Sunni general?

RM: First of all, I would say they probably will welcome him more than they would an American commander of forces there. I mean, the status of the occupation has fallen that low. But the standard story that they give you about Fallujah as a Ba’athist stronghold, a Saddamist stronghold, is simply untrue, and people who knew anything about the politics and history of Iraq would not be able to make this claim. There were Saddamist strongholds, like Tikrit and to a lesser degree Samarra. But Fallujah, ever since 1995, when Saddam killed one of the big native sons of Al Anbar province, Mohammed Mazloum al-Dulaimi, there’s been almost an open state of blood feud between some of the tribes in Al Anbar province and those in Saddam’s tribe.

SR: On media coverage of Fallujah, over the last few weeks, we’ve seen repeated news reports saying the US is trying to keep down the number of civilian casualties inside Fallujah. For instance, in the New York Times, Eric Schmitt reports that the US Marines’ strategy in Fallujah is designed to avoid civilian casualties. What do you say to that? 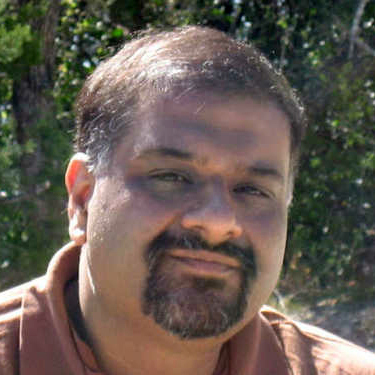 RM: What I would say is that assaults on residential areas with AC-130 gunships cannot possibly be designed to minimize civilian casualties. Attacks by snipers in which—by the evidence of my own eyes, I saw that people who were hit and wounded or killed were a full cross-section of the population, including women, children and old people—are hardly designed to limit civilian casualties. The use of 2,000-pound bombs, again in residential areas. If they wanted to limit civilian casualties, they should have had Marine riflemen go in on the ground, without all of this bombing from the air.

This is just another example of what we’ve seen so often, especially with Fallujah, which is that the military makes some claim, like Mark Kimmitt can say, well, 95 percent of the people killed are fighting men, and it’s simply reported without any attempt at questioning or interrogating those claims.

SR: In one of your dispatches on EmpireNotes.org, you issue an estimate of the number of women and children, the number of civilians, that have died inside Fallujah. What did you find?

RM: The numbers I quote in the article on EmpireNotes are actually from the director of Fallujah General Hospital, who said over 600 people killed, roughly 200 women, roughly 100 children. I saw myself about 20 casualties come into one small clinic that was being used as a hospital, over the course of several hours, and, again, the composition of those casualties are completely consistent with those numbers.

SR: While we’ve seen some of those numbers in mainstream media accounts, it seems like the mainstream media, with all of its resources, has a hard time finding this information. Why is it so easy for you, do you think, and so difficult for them?

RM: In the case of Fallujah, very recently, one of their excuses is actually legitimate. It’s been difficult for Western reporters to get in recently. This doesn’t explain why for so many months, when so many reporters had been covering the occupation, there were huge stories that go completely uninvestigated.

Like, for example, where is an accounting of the CPA’s use of Iraq’s oil revenues? No reporters have gone and done that, even though it would have been very easy.

In this case, however, very few Western journalists got in, and the problem is rather that there is this wholesale dismissal of Arab journalists, of reports from eyewitnesses on the ground. There was a slight improvement in this reporting as refugees from Fallujah got to Baghdad, and a handful of reporters have actually interviewed them and reported what they said.

RM: To me, Day One of this story is one year and one day ago: April 28 of 2003. It’s before the end of what was then called a “major combat operation,” and there was a protest in Fallujah. Human Rights Watch people who investigated found no reason to believe that the people protesting were armed. Even if there were some guns, though, there were certainly a peaceful, nonviolent protest, and US soldiers fired into a crowd of a few hundred people, killing 15. A couple days later, they killed again three civilians, and this set off the constant cycle of violence and resistance, and increasing resentment and hatred of the people of Fallujah against the soldiers in the occupation. That’s when it really started. 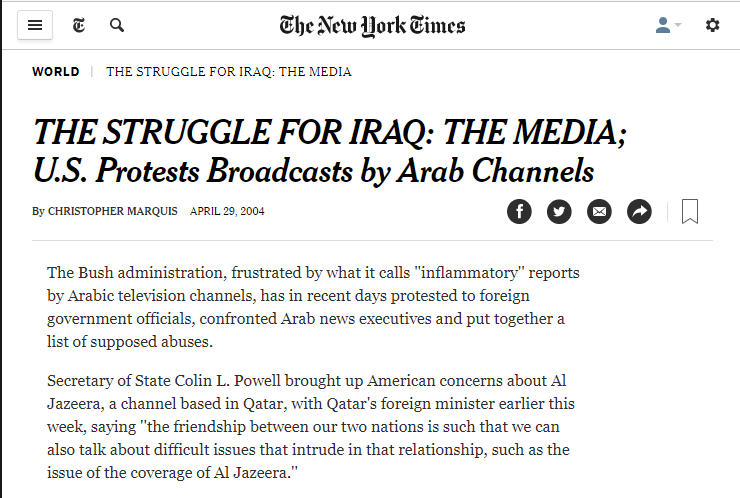 SR: Rahul, I want to change directions a little bit here. In today’s New York Times, today is April 29, there’s a story about Al Jazeera and about how the coalition has begun to analyze the accuracy of Arab media outlets. They use something they call a “truth matrix.” What are your thoughts about the recent sort of assault, really, on Arab media, particularly Al Jazeera?

RM: Well, first of all, it really is an assault. I mean, I think it’s scandalous that the military has attacked Al Jazeera headquarters so many times, that the military made Al Jazeera’s withdrawal from Fallujah, or initially tried to make it, a condition of the ceasefire, and that the Western media—who you’d think ought to have some sort of collegial relationship with their fellows in the Arab world—don’t say anything about this, and don’t make a big deal about this extremely blatant, direct, violent coercion against the media. So that’s one kind of assault.

And then there’s this other kind of assault. I’d love to see a “truth matrix” done on Judith Miller’s reporting about weapons of mass destruction in the New York Times.

Janine Jackson: That was CounterSpin’s Steve Rendall talking with reporter Rahul Mahajan in 2004.