Windrush generation citizens mistakenly deported “without a pound in their pocket” could now be “dead or destitute,” says MP David Lammy. The Labour MP is now demanding a public inquiry into the immigration scandal.

It was revealed on Tuesday that 63 British citizens may have been booted out of the UK in error – and Lammy, a staunch campaigner for the Windrush generation – expressed his anger. He spoke to the Today program on BBC Radio 4 explaining the harsh reality some will face after being sent back to a country that was never their home.

“Sending people back to Jamaica without a pound in their pocket means that many now will be dead or destitute,” he said.

“This is very serious. It requires are proper public inquiry. 63 or more British nationals have been rounded up and taken across the ocean,” the Tottenham MP said, adding that Britain has “not banished people since we stopped sending people to Australia in 1868. So of course it’s serious and of course it requires a public inquiry.” 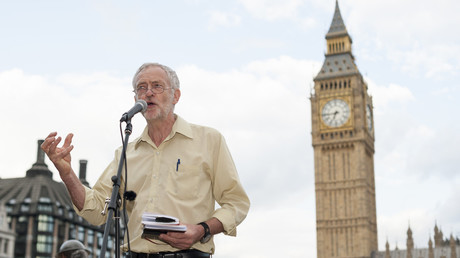 Thousands of Caribbean migrants have had their rights impinged upon and in some cases stripped altogether by the UK’s Home Office, despite government having invited them to the country between the 1940s and 1970s.

At a hearing of the Home Affairs Select Committee, Home Secretary Sajid Javid said that the overall number of those thought to have been wrongly removed from British shores could rise, as more cases are investigated.

Javid’s meeting with the committee was his first since taking over the job from ex-Home Secretary Amber Rudd, who resigned after misleading Parliament about her department’s deportation targets. Javid said that among deportation records since 2002 the government had “found 63 cases where individuals could have entered the UK before 1973,” but Cabinet Office Minister David Lidington has insisted that 63 was the “maximum” number of those who may have been wrongly deported.