A former Iraqi US Army interpreter is languishing in a troubled refugee hotspot of Idomeni after numerous failed attempts to obtain an American visa. To get it, he required – but reportedly never received – a mere acknowledgement of working for the US troops.

Ibrahim Esmael Ibrahim, a 26-year-old Iraqi from Baghdad, had been offered a job by Virginia-based Global Linguist Solutions (GLS), the major provider of linguistic services for the US military and intelligence community, according to an exclusive by Public Radio International (PRI). 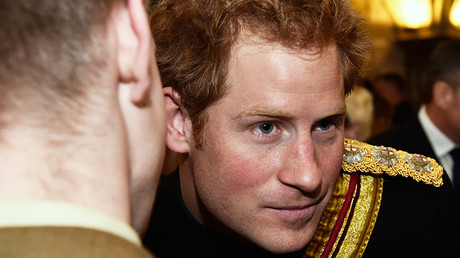 In 2007, GLS was awarded $4.6 billion five-year contract with the military intelligence command that included providing interpreters and translators for the US troops in Iraq.

The salary was generous, Ibrahim told PRI – $1,500 a month, plus bonuses. American soldiers who Ibrahim worked with liked him and even nicknamed him “AP.” But after six months into his service, he reportedly received death threats from Iraqi insurgents. “They told me I will cut your head from your body if I see you again here,” he said.

Urged by his family to leave Iraq, Ibrahim reported his badge number to GLS office in Baghdad’s Green Zone and fled to Syria. In Damascus, he landed a white-collar job with a telecommunications company, but later decided to reunite with his relatives living in the US. Ibrahim’s brother-in-law told that because of his service with the US troops in Iraq, he could be eligible to apply for a US Special Immigrant Visa (SIV).

But to obtain one, Ibrahim required a proof of his six-month employment. He reached the Pentagon’s contractor, but says he got zero result: “They don’t answer, they don’t answer me… They say the contract is closed with the US Army and you can’t get your documents. It’s very difficult.”

The SIV program had been designed exclusively for translators who worked for US military or embassies in Iraq and Afghanistan. The total number of principal applicants who can receive SIVs under this program may not exceed 50 per year, the State Department says.

After several years of wandering across Syria, Iraqi Kurdistan, where he worked odd jobs, and, finally, Turkey, Ibrahim found himself in Idomeni, near the Greece-Macedonia border, a bottleneck of the Balkan refugee route, recently said to have been sealed off under EU’s migrant deal with Turkey. Over 11,000 refugees had become stranded with almost no chance to reach wealthier European countries.

“I’m alone. My wife is in Canada and my sister is in America,” Ibrahim said. His parents are now in Turkey and his sister, he adds, would be able to bring them to the United States in a few months, but it might take years for him to join them.