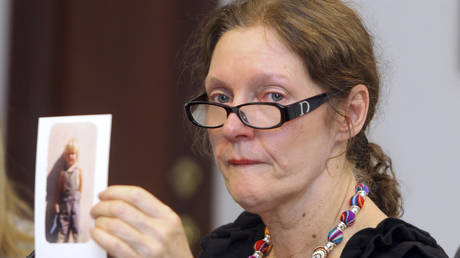 The mother of Wikileaks co-founder Julian Assange has launched a brutal attack on Ecuadorian President Lenín Moreno, branding him a “dirty, deceitful, rotten traitor” after seeing her son arrested by UK police on Thursday morning.

Christine Assange launched an attack against Moreno on social media in the wake of her son being dragged out of the Ecuadorian Embassy in London, where he had spent the last seven years, after the Ecuadorian president withdrew asylum. She said she hoped the Ecuadorian people would take revenge on him for what he’s done.

May the face of my suffering son haunt your sleepless nights… And may your soul writhe forever in torturous Purgatory as you have tortured my beloved son!

May the Ecuadorean people seek vengeance upon you, you dirty, deceitful, rotten traitor!

May the face of my suffering son haunt your sleepless nights..

And may your soul writhe forever in torturous Purgatory as you have tortured my beloved son! https://t.co/a7ozvNDSrB

Mrs Assange also revealed that her son was scheduled to appear before a UK magistrates court within 24 hours, adding that Britain was “likely to seek a maximum prison term of 12 months for him in a higher court.”

London Metropolitan Police tweeted soon after the Australian’s arrest, stating that he had been taken into custody in relation “to an extradition warrant on behalf of the United States.”

I have just spoken to one of Julians lawyers.

Our focus is as always to STOP a U.S. Extradition!

The whistleblower garnered massive international attention in 2010 when WikiLeaks released classified US military footage, entitled ‘Collateral Murder,’ of a US Apache helicopter gunship opening fire on a number of people, killing 12 including two Reuters staff, and injuring two children.