Financial guru Peter Schiff, who accurately predicted the recession of 2008, says the problems we face now are even bigger. We will live through another Great Depression if Schiff is correct. And one of the main concerns is something very few dare to even mention or show a concern about: the national debt.

Schiff’s podcast from a few days ago highlights a very important problem with not only the economy as we know it but the mainstream media as well. Unable to take their attention off gun control regulations for even a moment to focus on a much bigger concern, the national debt, the mainstream media is effectively trying to hide what’s coming down the pipe. The lack of coverage seems to be spurring a lackadaisical attitude about the almost $21 trillion debt.

Let’s start at the beginning. Schiff begins his podcast talking about a book his father wrote; one of the only books to have been banned by the United States government. Yes, the US government banned a book titled “The Federal Mafia: How It Illegally Imposes And Unlawfully Collects Income Taxes” by Irwin Schiff in the “land of the free.” 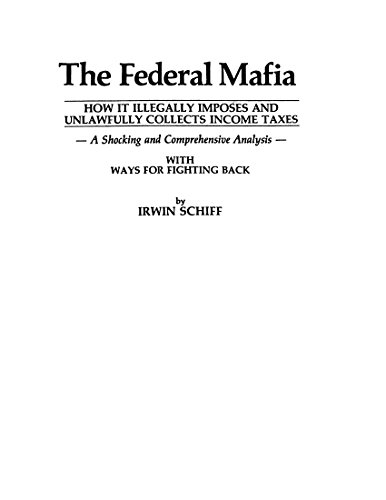 “These hot inflation numbers that we’ve been getting are going to get a lot hotter…all this inflation that has been in the financial markets, in the stock markets, in the bond market, in the real estate market, everybody loved inflation when it…