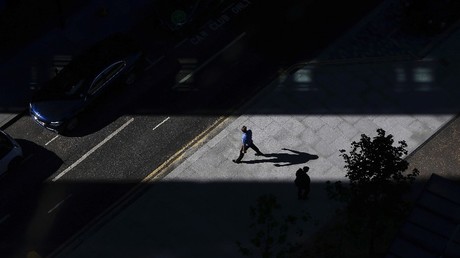 Stand-up comedian Josh Denny has been hit by criticism on social media over remarks he made on Twitter. The comic, who is white, compared the phrase “straight white male” with the ‘N-word’ – a racial slur directed at black people.

The tweet attracted more than 10,000 responses in two days, with the vast majority of the comments being very negative towards the 34-year-old comedian. Users lambasted Denny, calling him ‘ignorant’ and ‘tone-deaf.’ Many accused him of not understanding the history of racial relations in the US, or the actual meaning of the ‘N-word.’

“Straight White Male” has become this century’s N-Word. It’s used to offend and diminish the recipient based on assumption and bias. No difference in the usage.

The fact that you would equate people calling out your ignorance and privilege to a word that slave owners would use to berate their slaves with us mind blowing. No one says that to diminish you, but, instead, to show that you have a place of privilege others don’t have. Grow up.

Comparing “SWM” with the N-word is outrageously tone-deaf, inane, and wildly false. I don’t care how “persecuted” by “racism” you feel as a white dude, if you think use of the term is equivalent to a slur arising from centuries of SLAVERY AND SEGREGATION, you’re crazy.

This is the single dumbest shit I’ve ever seen on the internet. Go sit in the fucking corner and punch yourself in the face repeatedly forever

As tensions were brewing, even the Oscar-nominated black actor Don Cheadle decided to join the argument. The Marvel superhero film star didn’t hold back his frustration.

Despite the onslaught of criticism, Denny stood by his initial remarks. “It really wasn’t my intention to offend people; it was an honest reaction to a pattern I saw: saying “straight white males” are responsible for all evil in society,” he wrote. “That’s not true, just like a lot of the horrible things generalized about black people.”

Based in Los Angeles, Denny hosts a podcast and stars in the show ‘Ginormous Food’ on the Food Network. Its goal is “to find the biggest and tastiest foods in America,” according to the channel’s website. Denny also is an actor and a producer of several TV series and short films.