The UK Independence Party (UKIP) says burqas should be banned in Britain, and its reason is rather off-the-wall. The far-right party says the Muslim garb blocks women from receiving essential Vitamin D from the sun. 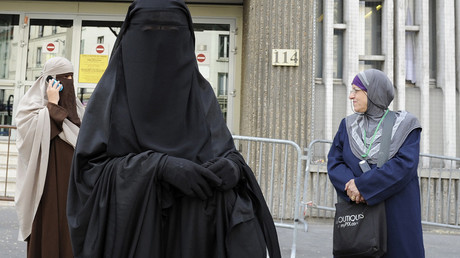 The party, which has long slammed the burqa, let loose on the item of clothing in its manifesto, released Thursday.

“UKIP will ban wearing of the niqab and the burqa in public places. Face coverings such as these are barriers to integration. We will not accept these de-humanizing symbols of segregation and oppression, not the security risks they impose,” the manifesto states.

While it shouldn’t come as a surprise that UKIP wants to ban the garb, the party did manage to raise eyebrows with one particular entry.

“Clothing that hides identity, puts up barriers to communication, limits employment opportunities, hides evidence of domestic abuse and prevents intake of essential Vitamin D from sunlight is not liberating,” the manifesto states.

I still can’t believe the UKIP manifesto genuinely cites a lack of Vitamin D as a reason for banning the Burqa. #ge2017 😂😂

Another person pointed out that she has a Vitamin D deficiency despite not wearing a burqa – not surprising perhaps, considering Britain’s reputation for rainy days and gray skies.

Ukip’s ‘ban the burqa coz vitamin d innit’ policy is hysterical, i have never worn a burqa and i have a vitamin d deficiancy lol

If UKIP are worried about vitamin D how about pledging to move the isle closer to the equator? I’d vote for that

One person joked that he looks forward to UKIP launching a pro-nudist manifesto in 2020 in order to combat Vitamin D deficiencies.

Given that all clothes prevent vitamin D intake, I look forward to UKIP’s pro-nudist 2022 manifesto…

Despite the ridicule, UKIP seems confident about the party’s relevance, with leader Paul Nuttall saying on Thursday that it is “more important than it has ever been” in the wake of the Manchester terrorist attack.