The BBC has annoyed the hell out of the Royal wedding weary public with a late-night push notification to alert the world that the bride’s father might/might not attend. For many, it was one too far.

Exasperated by the corporation’s perennial effort to keep them updated on all things Megs-and-Harry, Britons have taken to Reddit to air their grievances.

“It is not acceptable to ping the entire nation (who have it installed) at 9:30pm to tell them that someones (sic) father might not attend a wedding,” Reddit user Purpose2 complained. “This is an abuse of the trust that we place in you.” 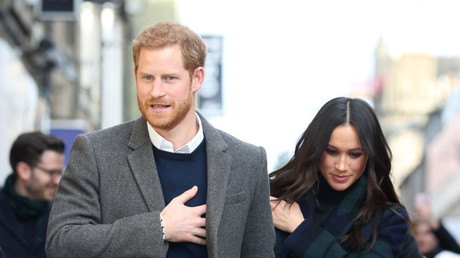 It didn’t take long for Purpose2’s post to go viral – garnering just shy of 500 comments in under 24 hours – all complaining about the constant stream of royal wedding drivel pushed on them by the state broadcaster.

“I wish they’d setup alert categories so I could turn off mindless celebrity bullshit and everything sport,” one Reddit user said. Another user, who has apparently not heard of the iPhone’s ‘Do not disturb’ mode, added: “anything that arrived between 11pm-7am unless it’s informing me of imminent danger.”

The debate soon took a turn of biblical proportions, with user notaballitsjustblue piping up with: “But I want to know if the world is about to end. I just don’t want to know about a celebrity wedding that I’m paying for.”

Luckily, Reddit was quick to provide useful advice. “Look out the window occasionally, 4 big guys on horses riding around and the sky the color of blood? Only time you need to worry,” user decker_42 quipped.

While some users felt that the BBC covering the royal wedding was “fair enough,” others said that breaking royal news would only be truly ‘breaking’ if someone dropped dead mid-ceremony.

Reddit user Feels_Goodman got a little more creative with his interpretation of “royal breaking news.” “…the bride’s ex banging on the glass in the church and shouting ‘MISS MARKLE’ ala The Graduate/Wayne’s World/The Simpsons/etc then the wedding gets called off… that would warrant a breaking news alert.”

READ MORE: The Tory guide to solving the homelessness crisis: host a royal wedding, then fine everyone

Others seemed just plain fed up with royal ‘news’ entirely. “Two things that happened today: ‘Woman’s father might not attend wedding’ and ‘Most violent day in Gaza since 2014 with at least 52 dead.’ I got a breaking news notification about one of these things,” whiskeyiskey said.

A user with the fantastic name ‘WashingMachineInAPub’ was having none of it. Complaints made by others were dismissed, with a curt: “Literally takes five seconds to read the heading and then click ‘delete’ on the notification. The way people in here are banging on you’d think the BBC have tied them to a chair and made them watch the news on repeat for days on end.”