Here’s another sign that the air is starting to come out of the subprime automobile bubble.

The default rate on subprime auto loans has reached levels higher than we saw during the financial crisis. As a result, lenders are shutting off the easy money spigot. That’s bad news for the auto industry.

According to the latest data from Fitch and reported by Bloomberg, the delinquency rate for auto loans more than 60 days past due hit 5.8% in March. That’s the highest level since 1996. The default rate during the peak of the financial crisis came in at around 5%. 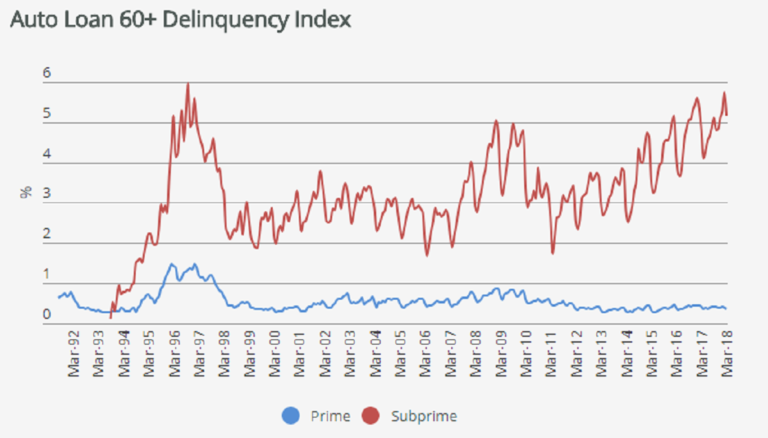 And this is happening while the economy is supposedly doing great. What will delinquency rates look like when the economy goes bad?

So far, small companies have borne the brunt of rising defaults. According to Bloomberg, “an influx of generally riskier, smaller lenders flooded into it in the post-crisis years, bankrolled by private-equity money, which pursued the riskiest borrowers in order to stay competitive.” Those companies are beginning to go belly-up. But as ZeroHedge noted, “we all know what comes next: the larger companies go bust, inciting real capitulation.”

Meanwhile, the number of auto loans and leases extended to customers with shaky credit has plunged, falling almost 10% from a year earlier in January, according to Equifax. Auto-lease origination to high-risk borrowers decreased by 13.5%. 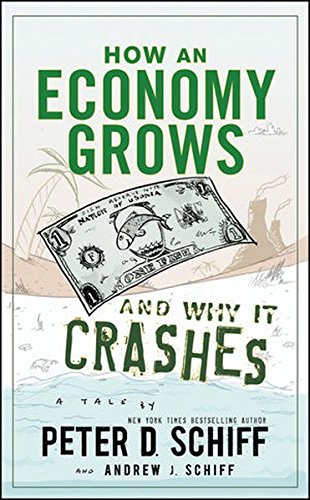 The auto industry faces a double-whammy. With defaults on the rise and tighter lending standards, its pool of customers is shrinking. Meanwhile, rising interest rates will push the price of vehicles even higher than they already are – and they are…