Abolition of the Human Rights Act will grant military personnel greater protection from legal claims against them for violating human rights overseas, according to leaked proposals to replace the European legislation with a British Bill of Rights.

A draft of the documents, obtained by the Sunday Times, reveals that under the new bill it would be impossible to take soldiers to court for actions undertaken during combat overseas. The provisions of the bill would only apply domestically.

Legal challenges against members of the armed forces serving in Iraq and Afghanistan are estimated to have cost taxpayers over £85 million (US$128 million).

Seeking a crackdown on the “human rights industry,” the Ministry of Justice believes fear of legal action may prevent the armed forces from doing their job. Critics of the act believe it undermines British sovereignty by forcing UK courts to take Strasbourg’s rulings into account, and brings about abuse by facilitating a “courtroom compensation culture.”

The leaked documents outline plans to ensure that only cases which fulfill “a certain degree of seriousness” go to court.

The proposals are also designed to accord more protection to journalists, with an explicit “freedom of expression” provision, according to the Sunday Times. 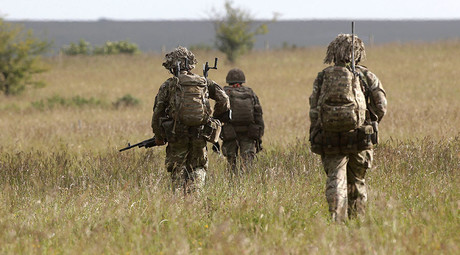 Under the new bill, UK judges are to look to British common law, as well as rulings of Australian and Canadian courts when making judgements. The bill would also restrict pay outs that individuals can win from public bodies, such as the Ministry of Defence (MoD) or the National Health Service (NHS), though ministers have indicated that there would be no absolute cap.

A consultation document is expected to be published in the next month, with the bill being finalized sometime next spring. The documents suggest the UK will remain a signatory to the Convention but will not be “automatically bound” by its rules.