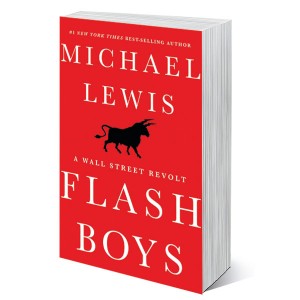 How would you feel if you went to the store to buy something, and someone rushed ahead of you and purchased it first and then sold it to you at a higher price? Well, in the financial world this happens millions upon millions of times. In fact, this practice has become so popular that it has spawned an entire industry known as “high frequency trading”. At this point, high frequency trading makes up about half of all trading volume on Wall Street, and it is costing the rest of us billions of dollars a year. And the funny thing is that this is all perfectly legal. High frequency trading firms are exploiting a glitch in the system, and by allowing this to go on, the authorities have essentially given them a license to steal from the rest of us. Sadly, this is just another example that shows that the odds are never in our favor. The “little guy” never seems to be able to win, and those at the top of the food chain like it that way.

Making money in the stock market is supposed to be about making wise investment decisions. It isn’t supposed to be about finding a glitch in a video game and exploiting it. But that is essentially what these high frequency traders have done. They have spent an extraordinary amount of time and energy figuring out ways to make pennies (or sometimes just fractions of a penny) on the trades that the rest of us make.

Fortunately, this practice was exposed in front of the entire world by 60 Minutes the other night. Steve Kroft interviewed a former trader named Michael Lewis that just released a new book entitled “Flash Boys” that is all about the evils of high frequency trading. The following is an excerpt from that interview…

Steve Kroft: And this is all being done by computers?

Michael Lewis: All being done by computers. It’s too fast to be done by humans. Humans have been completely removed from the marketplace.

“Fast” is the operative word. Machines with secret programs are now trading stocks in tiny fractions of a second, way too fast to be seen or recorded on a stock ticker or computer screen. Faster than the market itself. High-frequency traders, big Wall Street firms and stock exchanges have spent billions to gain an advantage of a millisecond for themselves and their customers, just to get a peek at stock market prices and orders a flash before everyone else, along with the opportunity to act on it.

Steve Kroft: What do you mean front run?

Michael Lewis: Means they’re able to identify your desire to, to buy shares in Microsoft and buy ’em in front of you and sell ’em back to you at a higher price. It all happens in infinitesimally small periods of time. There’s speed advantage that the faster traders have is milliseconds, some of it is fractions of milliseconds. But it”s enough for them to identify what you’re gonna do and do it before you do it at your expense.

Steve Kroft: So it drives the price up.

Michael Lewis: So it drives the price up, and in turn you pay a higher price.

You can watch the entire interview right here. Unlike most mainstream media news reports, this one is actually worth your time. I have watched the entire thing, and I highly recommend it.

Of course there have been many that have been screaming about high frequency trading for many years. Zero Hedge is just one example. This practice has gone on year after year and the federal government has looked the other way.

These high frequency trading firms do not add anything to society. As Barry Ritholtz noted recently, one of these firms has an average holding period for stocks of just 11 seconds, and at one point it stated that it had “not had a losing day of trading in four years“…

The only surprising thing about Lewis’s assertion was that anyone could be even remotely surprised by it.

The math on trading is simple: It is a zero-sum game. One trader’s gain is another trader’s loss. Only in the case of HFT, the losers are the investors — by way of their pension funds, retirement accounts and institutional funds. The HFT’s take — the “skim” — comes out of these large institution’s trade executions.

The technology behind HFT may be complex, but the math is that simple. Once the Securities and Exchange Commission allowed stock exchanges to share with traders all of the unexecuted incoming orders, it was hard not to make money by skimming a few cents or fractions of a cent from each trade. Several years ago, the founder of Tradebot, one of the biggest high-frequency firms, had said that the firm had “not had a losing day of trading in four years.” The firm’s average holding period for stocks is 11 seconds.

How in the world does that kind of behavior add any value to society?

They are just skimming money that should be going to others. Billions of dollars is essentially being stolen from pension funds and retirement accounts, and it is time that people started getting outraged about this.

Unfortunately, even if this practice is outlawed, the truth is that the odds will still never be in our favor.

There are millions of Americans that dream of getting ahead, but they never seem to be able to get there. They work incredibly hard, but the more they earn, the more the government taxes them. If somehow you do manage to scrape together a little bit of money to invest in the financial markets, any profits that you make will be endlessly eroded by fees, commissions and even more taxes.

And it is important to remember that in the financial world, the “little guy” is regarded as easy prey by the hungry wolves that are all too eager to find a way to transfer your money into their own pockets. If you don’t know what you are doing, it is all too easy to get absolutely slaughtered.

On Wall Street, there are winners and there are losers.

Most of the time, “the little guys” end up losing.

But at least they could try to have a system that at least has the appearance of fairness. As long as high frequency trading exists, that will never be the case. 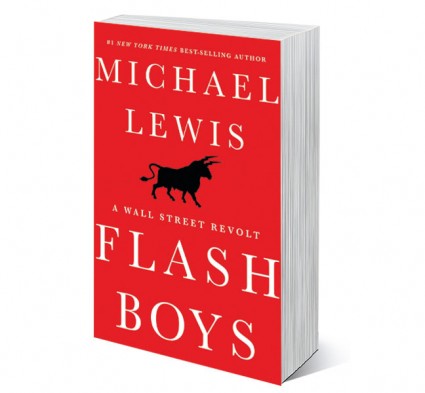