Janine Jackson interviewed Suyapa Portillo about the Honduras electoral chaos for the December 8, 2017 episode of CounterSpin. This is a lightly edited transcript. 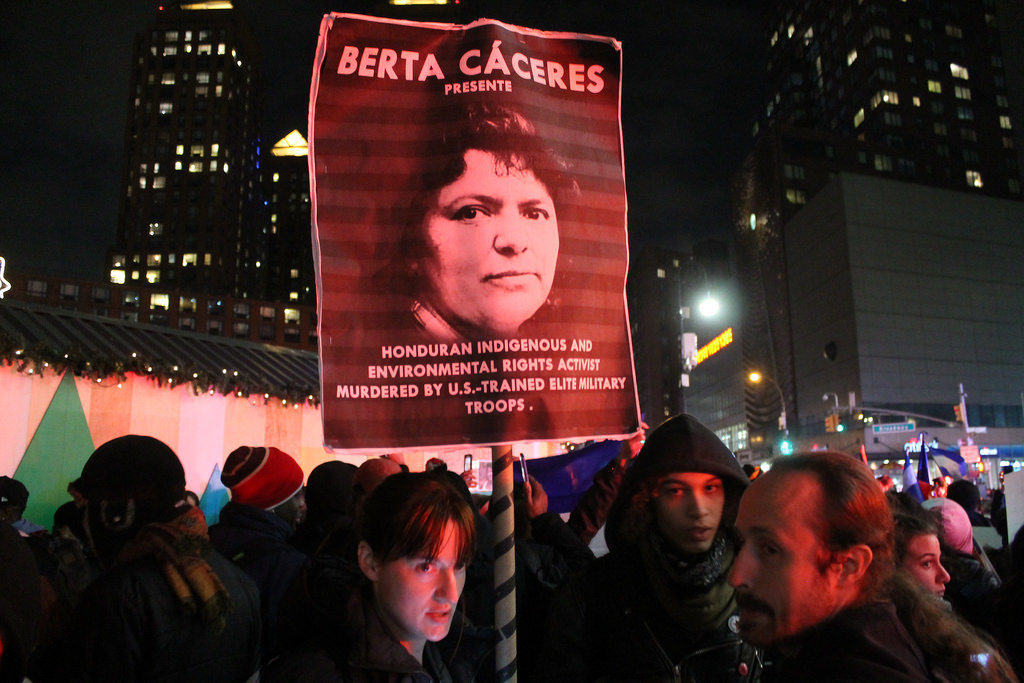 Janine Jackson: What just happened and what will happen in Honduras are painfully unclear right now. There’s still no resolution to the November 26 presidential election, in which opposition candidate Salvador Nasralla was leading when the electoral commission—controlled by allies of incumbent President Juan Orlando Hernandez—suspended the count for a day and a half, citing technical problems, only to resume it and declare that Hernandez had, in the meanwhile, overtaken his opponent and won. Hardly surprisingly, this was met with public protest, in turn met by a state crackdown. We hear at least 11 people have been killed by security forces, and there’s a public curfew, which at least some police are reportedly refusing to enforce.

What should we know about how things have got to where they are right now in Honduras, and what can we hope for going forward? We’re joined now by Suyapa Portillo, assistant professor of Chicano/a-Latino/a transnational studies at Pitzer College. She joins us now by phone. Welcome back to CounterSpin, Suyapa Portillo.

Suyapa Portillo: Thanks for having me.

JJ: You were in Honduras, I understand, during the election as an observer. Despite the grip that Juan Orlando Hernandez was seen to have on the country, and the degree of militarization, public participation and even excitement about this election were quite high; is that right?

SP: Correct. People were participating; everybody was excited. I’ve never seen so many people at the polls before. I’ve been an observer before, and have participated in elections before, and I was just really shocked to see not only people, but to see young people, you know, between 15 and 25. Mothers bringing their children, grandmothers bringing their children, to vote and to participate in the civic process, was really exciting to see.

And I traveled with three of my students from my “Central Americans in the US” class, and they were so excited to see that, because they haven’t seen this in the United States, right? Just the excitement over your vote and what it means and why it was so important. They got to talk to voters from multiple parties. There were about ten parties running for the presidency, and for different mayoral candidates as well, and so they got to talk to everybody, and were just really amazed at how much Hondurans cared for this election.

JJ: You say “your vote and what it means.” I can only imagine, after that excitement, what it must have been like to see these bizarre irregularities, and then this lack of transparency about what actually happened.

SP: Yeah, indeed, bizarre is the right word. Really odd situation happening in Honduras. It’s never happened in the country since independence. You know, usually if elections are going to be fraudulent and stolen, they’re stolen and reported by 10 p.m. Even under dictatorial military rule this happened; even in the 1930s, the day didn’t go by without reporting who the president was. So this was clearly shocking to the Honduran people, because the lead was so magnificent by 12:40 a.m., 1:40 a.m., when they went on to give the report that Nasralla was winning by 5 percent, but that they couldn’t declare. 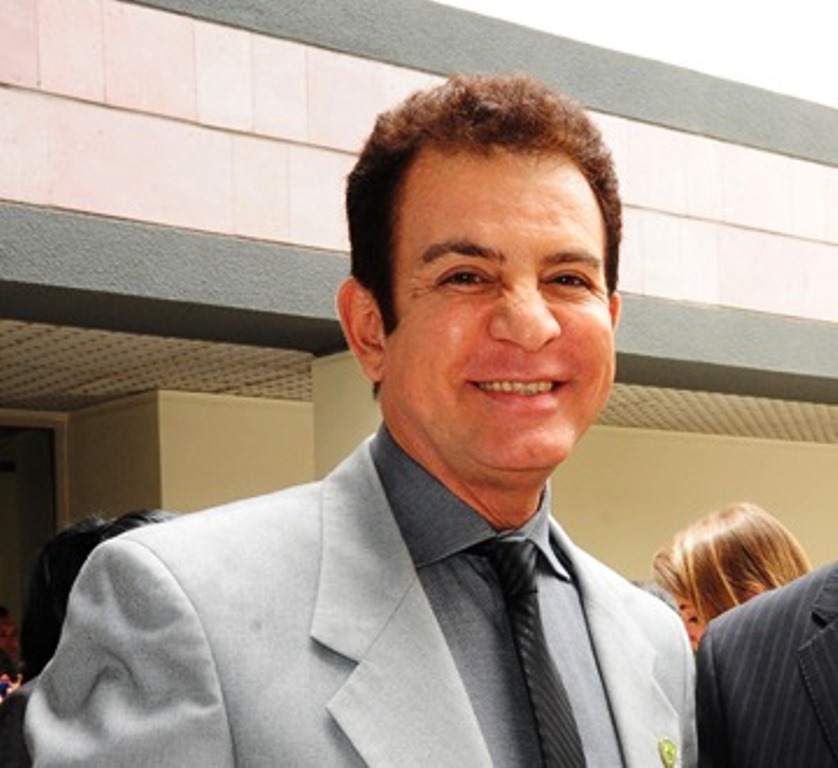 You know, it was 1:40 in the morning, we were leaving one of the precincts that was one of the most embattled precincts in San Pedro Sula, Cabanas, and we hear this report live, and it was just very shocking that they wouldn’t declare Nasralla in victory. But people still remained hopeful that, OK, by tomorrow, more votes are going to come in for him, and they’ll have to declare him. They’ll have to declare him. And that’s how people went to sleep that night, just to see, the next day, the lack of transparency.

The other thing I want to say is the role of social media was critical, and the role of smartphones in terms of connecting. So, for example, we actually heard the electoral tribunal give the press conference on Facebook Live, instead of the national news or anything like that. So there’s sort of a media blackout in the country, to keep people in the dark about what’s going on, but if you have a smartphone and you’re able to get onto the progressive media, you would be able to listen to what’s going on. And that’s where we actually heard it, at 1:40 in the morning as it was happening. So the role of social media was really critical here. It really shows that it’s young people who are leading this effort, and that’s how they’re communicating. There’s particular pages that are followed on Facebook and Twitter.

JJ: So in some ways, working around what we think of as traditional media or commercial media.

SP: Completely. Working around it. The videos were shaky sometimes, and just very impromptu. It’s very interesting, and I also think it appealed to my students—both the ones that were traveling with me, but also the ones that are in the US—because they’ve been able to connect immediately to what’s going on, and are able to tell me exactly what’s going on without even knowing too much about the history of the country. It’s really interesting how social media is filling that void, that mainstream media have completely ignored.

JJ: It sounds strange, I’m sure, to some listeners, to hear you say, usually if they steal an election, they just steal it outright and go home. And what’s different here is the sort of protracted nature of it. Well, listeners may know that Hernandez, Juan Orlando Hernandez, is seen as a US ally. Honduras gets millions of dollars of US aid. We’ve talked on the show about the 2009 coup, and the United States’ role in effectively supporting it. And that’s relevant here. There are direct ties between ousted President Manuel Zelaya and Nasralla’s alliance. But also the landscape that that coup left is directly relevant to what’s happening there today, is it not?

SP: Definitely. The 2009 coup was egregious in every way possible; left over 5,000 murders of activists, journalists, LGBT, transgender folks, human rights defenders, some other really high-profile leaders that Honduras boasts: Berta Cáceres, Walter Trochez, attorneys…. It’s just been a bloodbath since 2009 in Honduras. But the US continued to support it, and the first incident of supporting the coup was, at the time, Secretary of State Hillary Clinton not calling it a coup, and actively engaging, behind the scenes, in supporting the coup that happened, which actually put the Nationalist Party in power. The Nationalist Party has traditionally been militaristic; it has been really harsh on civil guarantees ever since they were created, particularly in the ’20s and ’30s. So this was a party that most of the military rule and dictatorship rule, from the 1960s until the 1980s, belonged to. 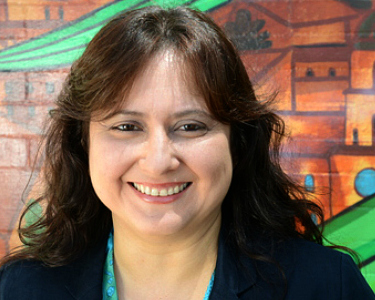 So I think that that’s what we need to really pin on President Obama and Secretary of State Hillary Clinton, because it really demonstrates a lack of knowledge of the moment Latin America was facing, of the history of the country. For over 100 years, the US has utilized Honduras as an airport, as a base, a military base, to control what goes on in Cuba, to control what’s going on in Nicaragua, and then, now, to control what’s going on in Venezuela, because we’re in this geopolitical space that allows for that kind of surveillance, critically important surveillance, for the United States.

So that’s the State Department, which I think continues with the Trump administration, unfortunately. Granting aid, tactical assistance to the FUSINA unit, the actual military police who are repressing people right now. There’s 14 people killed during these protests, since the elections, and over 500 arrests. And these are the military police, who literally have been given rights to execute people during curfew hours.

So the generals remain connected. Whether or not the presidents change in the United States and Honduras, the generals remain connected. Honduras is a country that for the last hundred years has had a heavy military presence, military rulers from 1963 to 1980. Right? Even though the military may not be in power right now, they’re an extremely powerful arm of rule in the country, that every president needs to contend with; it doesn’t matter what party they’re from.

So I think the United States is really complicit here. We really need to make that clear to our congresspeople, and we need to make it clear to the public and the mainstream media, who’s really not covering this issue with any significance. And why is it important to do that is because when we talk about migration, we’re really talking about exacerbating conditions that will generate another flow. I guarantee that if this crisis is not resolved in two years, we’re going to have another flow as significant as the 2014, 90,000-children-at-the-border situation. Most of them were from Honduras, children from four years old to 18, unaccompanied, and now in detention centers. Right? Even as little as four-year-olds.

So this is like a cycle, where our US foreign policy is really linked to our domestic immigration policy, and we need to really educate our elected officials and our public, and the mainstream [media] too, to actually see how these two things are connected.

SP: Thank you for having me.