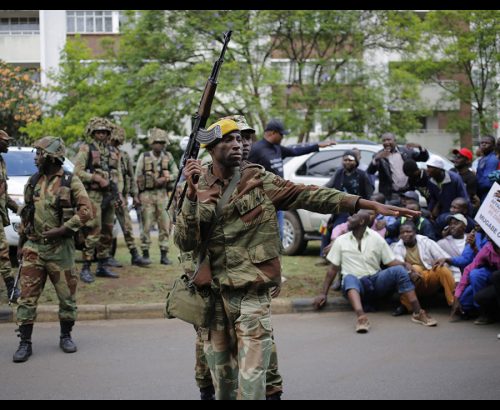 Emboldened by President Robert Mugabe’s declining mental sharpness and physical health in recent years, Mnangagwa actively maneuvered to ensure that he would succeed the president. Mnangagwa served as one of Zimbabwe’s two vice presidents. From that position, he and his supporters, known as Team Lacoste, became embroiled in a bitter struggle with younger party members who coalesced around Secretary of Women’s Affairs Grace Mugabe, wife of the president, and whose group was known as Generation 40, or G40.

As early as 2015, Mnangagwa began reaching out to opposition leader Morgan Tsvangirai to discuss plans to implement a five-year transition government, in which both men would play a leading role. The unity government would compensate and “reintegrate” dispossessed former owners of large-scale farms. Reuters obtained hundreds of internal documents from Zimbabwe’s Central Intelligence Organization that revealed the plan. “Key aspects of the transition planning described in the documents were corroborated by interviews with political, diplomatic and intelligence sources in Zimbabwe and South…