Janine Jackson interviewed Hannah Hetzer about Trump’s new “war on drugs” for the September 28, 2018, episode of CounterSpin. This is a lightly edited transcript.

Janine Jackson: The September 20 Columbus Dispatch ran an op-ed from Jim Carroll, identified as “deputy director of national drug control policy and President Trump’s nominee for drug czar.” Carroll evinced concern for the “lives lost” to drug overdoses and empathy for the “loved ones devastated by their loss,” as well as “those in recovery”—all by way of explaining why he was

in Columbus to meet with law enforcement officers from Ohio and across the Midwest about working together to stop heroin, fentanyl, cocaine, methamphetamines and other drugs from entering our communities and ruining people’s lives.

That immediate recourse to a policing response is writ large in Trump’s “call to action” on what his administration calls the “World Drug Problem,” but it doesn’t reflect the direction of much of the actual world. So how much impact can that disconnect have?

Hannah Hetzer is senior international policy manager at Drug Policy Alliance; she joins us now by phone from here in town. Welcome to CounterSpin, Hannah Hetzer.

Hannah Hetzer: Thank you for having me.

JJ: As you have reported, the nature of the UN event at which this document, the Global Call to Action on the World Drug Problem [was presented], the nature of the event is, itself, telling. The UN has its maybe Byzantine ways, but this was still special. What was the story behind this less-than-18-minute meeting?

Donald Trump presents his “Global Call to Action on the World Drug Problem.”

HH: I think, ultimately, what this was was just an attempt by Trump and his administration to have a photo-op where they’re surrounded by other countries that look like they are giving support to the administration, and to demonstrate leadership on the drug issue without providing any real solutions both domestically and internationally.

So Trump hosted this high-level event that was called the “Call to Action on the World Drug Problem,” where he and US Ambassador to the UN Nikki Haley and UN Secretary General Guterres all gave remarks. At the event, Trump launched into very outdated ’80s, ’90s drug war rhetoric about a drug-free world, drug-free futures, about eradicating supply and the scourge of drug addiction, while Ambassador Haley just went on and on praising Trump for his leadership on this issue, and saying he’s ready to take this leadership worldwide.

The event in itself, this rings so false, because Trump has demonstrated no leadership on this issue domestically. He’s actually ignored the advice of scientists, advocates, people from the medical profession, about what actually works to help treat addiction and support people who use drugs and may be struggling. And has just enforced a very criminal justice-heavy approach.

Connected to this event was a document called the Call to Action on the World Drug Problem, which the US Mission circulated to other UN member states, which was a one-page document. And there are several things wrong with this document, both the way it was circulated, which was, it was given to these countries, saying, “This is not open for negotiation, it’s a final document,” and if they sign, they’re invited to this event with Trump and can have this photo-op with Trump.

The UN is, as you said, very bureaucratic, but it does rest on the pillars of negotiation and consensus. So all documents are agreed upon, and other countries get to weigh in and negotiate the language.

This just came out of nowhere, and said it was final and non-negotiable. So it’s very contrary to regular UN processes, and also UN processes on drug policy, where there’s several avenues for debate, and this is not one of them.

There’s also problems with the language of the letter. It doesn’t mention key UN agencies, like development program, or it doesn’t even mention development goals, the UN aides, the Office of the High Commissioner for Human Rights. And it ignores some of the agreed-upon language in the last few years at the UN about human rights, development, key populations—you know, women, children—and harm-reduction strategies. It doesn’t have the words “harm reduction” in it. So there’s a problem with the language of the text. There’s a problem with the way it was circulated. And, ultimately, I think it was just a ploy by the administration to look like they’re showing leadership on this issue.

JJ: Yeah, the non-mention of human rights seems central, as we think about the impact that the drug war has had. But there’s not just—as media might lead a casual reader to think—there’s not just this Trump worldview of things, and then people who are only defined by their opposition to that. There is, in fact, a developed, evidence-based conversation that runs counter, in terms of the definition of the problem, and in terms of the responses represented. And, in fact, those views, as it happens, were showcased on the very day Trump had his dog-and-pony show.

HH: That’s right. It’s ironic that on the day that Trump had this event, former prime ministers and heads of state that make up the Global Commission on Drug Policy—this is a distinguished group of world leaders, the ex-presidents of Switzerland and Greece and Colombia and Brazil, together with people like Richard Branson and, before he passed away, Kofi Annan—they make up this Global Commission on Drug Policy.

And on that very day, they were launching their report, that’s called “Regulation: The Responsible Control of Drugs,” where they call for an end to drug prohibition. They talk about the harms that drug prohibition has wreaked across the world, and call for taking control of drugs, through governments, responsibly.

And this isn’t coming from grassroots activists; this is coming from people who used to hold high positions of power, who you wouldn’t think would necessarily be the ones presenting these very innovative, groundbreaking strategies. But they have experience, and their language is just in such stark contrast to Trump’s language. They’re forward-thinking. They’ve seen what hasn’t worked. They’re calling for new approaches that do work, and for trying new things as well, while Trump just looks backwards.

And then there’s just also not a consensus within the UN member states. Unfortunately, a lot of countries signed on to this that domestically are more reform-oriented, and probably did so out of a lot of heavy diplomatic pressure from the United States. It was unfortunate that Canada signed on, even though they are ramping up their harm-reduction interventions, increasing the number of supervised consumption facilities, moving to legalize marijuana. And there are other countries that signed on to this that have much more progressive policies domestically, but probably just felt a lot of pressure from the Trump administration.

And then there are countries that are engaging in brutal, lethal war on drugs. A good example is the Philippines, in which thousands of people have been killed in this drug war, and President Trump actually has praised the Philippine president for his approach. So there’s a fractured consensus. There are countries that are more forward-thinking, and the US is definitely trying to regain control of the debate and take us backwards.

JJ: Speaking of Philippine President Duterte: Donald Trump, has he not even endorsed the idea, or sort of floated the idea, of executing drug dealers in this country?

HH: That’s right. It’s so, I mean, it’s terrifying. It’s extremely worrying that not once but twice, Trump has mentioned the idea of the death penalty for people who sell drugs. It’s concerning,   when you don’t see human rights language being put first and foremost. It’s incredibly frightening.

JJ: I feel like sometimes in media, the “human rights over the punitive” approach is sort of set up as “in this corner…,” you know. But for one thing, humaneness is good. But for another, it’s effective, if our goal is individual and public health and well-being. But I sometimes believe that many media conversations on this debate leave out what various parties would even define as winning. For some people, anybody who alters their consciousness in any way should be punished, period. But we don’t explore that. There’s fundamental debate about the framing of whether this is a health issue, or this is a morality issue, I think. 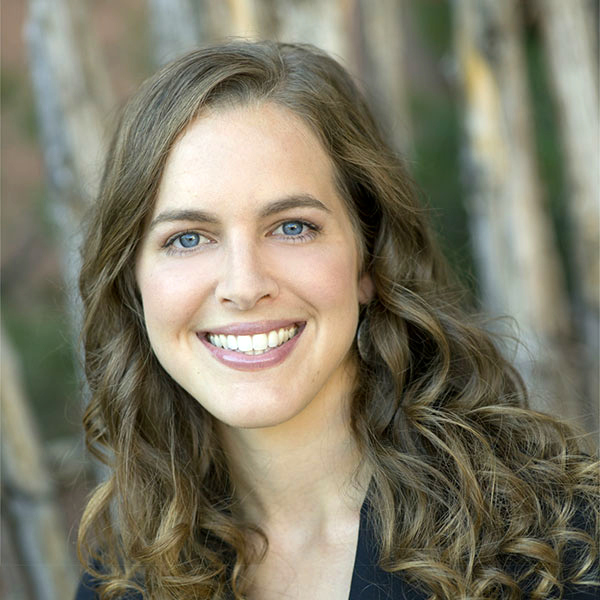 Hannah Hetzer: “Prohibition and repression and punishment are unethical in and of themselves, but they are also inefficient. It doesn’t work.”

HH: That’s right, I mean, we’ve just seen the total failure of repressive policies. Prohibition and repression and punishment are unethical in and of themselves, but they are also inefficient. It doesn’t work. And there are examples of strategies that do work, that do center public health and human rights and dignity and development. It’s not just immoral. It’s also inefficient.

JJ: Domestically, too, there are things happening. In Ohio, where I understand 12 people die each day from accidental overdoses, there’s a conference, September 27 and 28, that’s talking about “health-centered treatment,” that’s talking about “harm-reduction,” terms  you note are missing from this Trump document. So we’re having this conversation within this country as well, of these varying approaches.

HH: In localities, leaders and advocates are really being about to push through groundbreaking strategies that were almost not conceivable in this country up until now. The big example of that right now is the discussion around supervised consumption facilities, which is taking place in a number of cities around this country, and this is not a new, crazy idea globally. There are many countries that have supervised consumption facilities, many cities, and there has never been a single overdose death in any of them. They’ve been peer-reviewed. There’s evidence that these work to support people who are using drugs, that they lower the rates of infectious diseases, of overdose deaths. They’re incredibly effective, and they’re incredibly humane.

And I think now we’re at a point where, in desperation, a lot of cities are finally accepting the words of people who use drugs, and people who advocate for people who use drugs, to say that, “This is what we want and this is what works.” And it looks like we’re going to be able to open one in this country over the coming year, which is very exciting. But we also need to scale up other programs that have proven to work, like syringe-exchange programs, the availability of Naloxone, all of these harm-reduction strategies that have worked elsewhere and here.

JJ: Media could be playing a role in letting folks know that those things are possible and happening.

HH: Absolutely, which is why I’m very thankful that you’re hosting this program because, again, this is not inventing the wheel; these are proven strategies, and the more that that’s presented as viable and helpful the better, and if we think about the amount of resources that we pour into prohibition and law enforcement, that could go to treatment and support and harm reduction, we would just be in a much better place.

JJ: I don’t want to close without noting the maybe most recent positive step, as we record, which is that the SITSA Act, the Stop the Importation and Trafficking of Synthetic Analogues Act of 2017, that the House passed in [June], I understand it was kept out of the final congressional bill on opioids. So something that would have pushed things in the more punitive direction that we’re talking about, it sounds like it has been halted for the moment?

HH: There are these little glimmers of hope, because I think more people are becoming more sensitized to this issue. So that is a small victory, yes.

JJ: We’ve been speaking with Hannah Hetzer, senior international policy manager at Drug Policy Alliance. You can find their work online at DrugPolicy.org. Hannah Hetzer, thank you so much for joining us this week on CounterSpin.

HH: Thanks so much for having me.