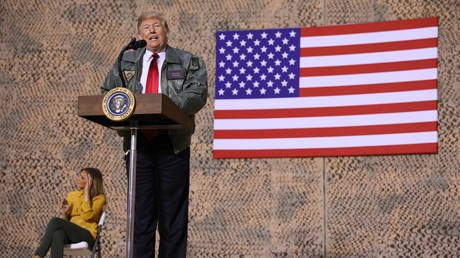 The US is respected again as a nation because it ceased fighting for its allies – except for the ones that cover the costs – Trump boasted to troops in Iraq, declaring “we’re not the suckers of the world.”

“America shouldn’t be doing the fighting for every nation on earth not being reimbursed in many cases at all,” Trump told soldiers during his surprise visit to Iraq, adding that “if they want us to do the fighting, they also have to pay a price, and sometimes that’s also a monetary price.”

That’s how the US restored its rightful place on the world stage, the President reiterated: “We’re no longer the suckers, folks. We’re respected again as a nation.”

Trump is known for gladly talking and praising what he believes to be America’s milestones. Just recently he again took to his favorite social media tool – Twitter – saying, that “We are finally putting America First.” But, as it often comes, the president had to take the baiting from unimpressed Twitteratti.