Janine Jackson interviewed Diane Archer about Medicare for All for the March 15, 2019, episode of CounterSpin. This is a lightly edited transcript. 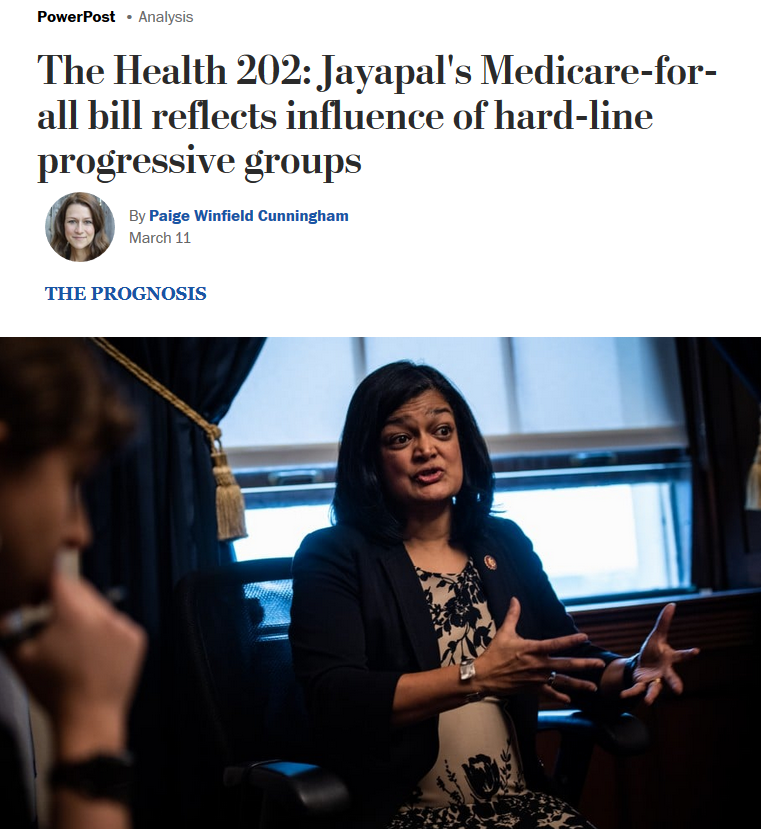 Janine Jackson: The March 11 Washington Post headline told readers that the Medicare for All bill, recently introduced by Washington Rep. Pramila Jayapal, “reflects influence of hard-line progressive groups.” Not quite a hit piece, but something very like it, the article said “a slew of groups further to the left” shaped the bill, which would “upend health coverage for tens of millions of Americans,” and “cost many times more than the ACA.” Which is why, the Post claims, “To some progressives, this is a step (or steps) too far.”

Words like “upend” and “drastically” do their work. And at one point, “advocates on the left” are counterposed with “most health policy experts.”

“Supporters of the Jayapal bill insist there’s a groundswell of grassroots enthusiasm” for overhauling the country’s healthcare, the piece says—without reference to any of various polls that would indicate precisely that.

The thing is, public support for a fundamental change in the way we do healthcare persists, despite years of this sort of elite media treatment—perhaps because for most Americans, healthcare is not a partisan debate, but a crisis.

Joining us now to talk about how Medicare for All would respond to that crisis is Diane Archer. Founder and former president of the Medicare Rights Center, she is president of Just Care USA. She joins us now by phone from here in New York. Welcome to CounterSpin, Diane Archer.

Diane Archer: Glad to be here.

JJ: Well, can we start with just some basic information on Jayapal and more than 100 cosponsors’ Medicare for All Act? How, for instance, does it differ, or is it different, from the proposal Sen. Bernie Sanders put forward last year?

DA: It’s quite similar to the Bernie Sanders bill. It is Medicare that we have today, only improved and expanded to everyone. And it’s improved by giving people vision, hearing, dental—which is in the Sanders bill—as well as home- and community-based care and nursing home care, which is at the moment not included in the Sanders bill. But otherwise, it’s pretty much the same.

JJ: We know that the major theme of much media coverage has been, “How would we pay for it?” And people have pointed out a number of problems with that framing, including its selective use. But it also reads like half a ball score—you know, “Yankees 3”—because you’re not hearing, “Compared to what?” What’s wrong with that way of putting things?

DA: Well, a lot. We already spend more than Medicare for All would cost us, right? We already pay too much for our healthcare. We pay twice as much per person as people in other wealthy countries.

Our system is incredibly inefficient. There is hundreds of millions of dollars in administrative waste because of our commercial health insurance system. A lot of bureaucracy and profit that Medicare for All takes out of our system.

And there’s a lot of excessive pricing. Pharmaceuticals in particular cost twice as much here as they do in other countries. So just taking out the administrative waste and excessive drug prices will save us so much money that even by conservative estimate, Medicare for All will cost us $2 trillion less over a 10-year period, covering everyone and expanding benefits.

And, I should add, allowing people to see the doctors they want to see and use the hospitals they want to use, anywhere in the country.

JJ: When it’s presented as, “We’re going to transfer the cost of healthcare to the federal government,” for a lot of people, that just means, “Well, my taxes are going to go up, and so that’s going to end up costing me more.” But the math you’re doing takes that into account as well.

DA: Let’s put it this way. Today, working people pay a bunch of money in premiums and out-of-pocket for their commercial health insurance, as do their employers. And that money would go, instead of to a commercial insurer, to the federal government; only it would be a little less than what, on average, people are paying. Businesses would save and individuals would save.

So instead of the money going to the commercial insurer, it would go to the federal government. It’s that simple.

JJ: The Washington Post, that piece I was citing, says that “the Jayapal bill would overhaul the system so dramatically that summoning broad public support seems like a tall order.” We can address that separately. But their point is, that’s a big reason that some groups are proposing “more modest coverage expansions, such as adding a Medicare-type ‘public option’ plan to the marketplaces.” What is the problem with what is presenting itself, here and elsewhere, as cooler heads prevailing, a more pragmatic approach? 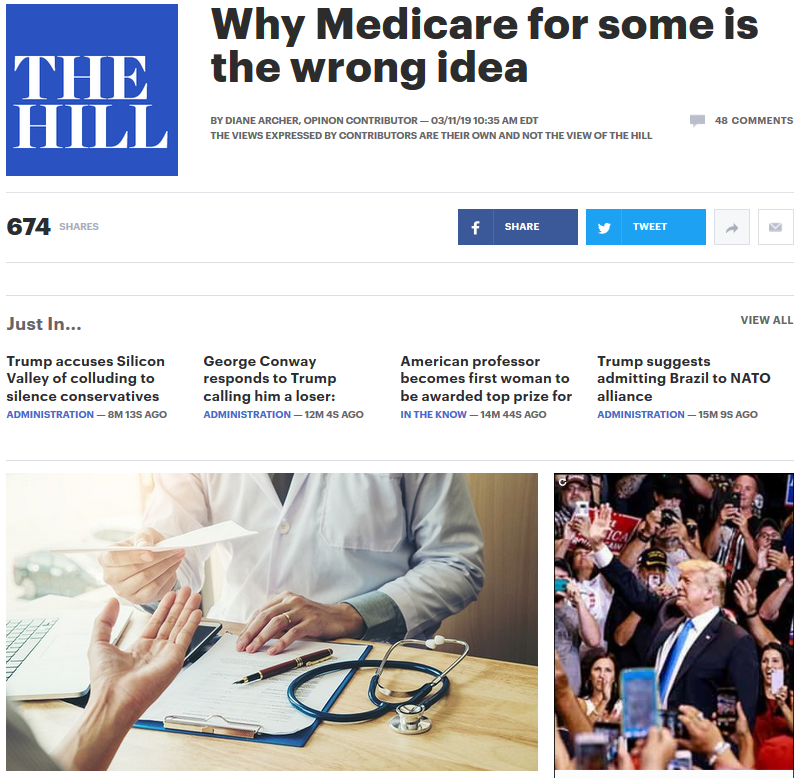 DA: I would argue that “Medicare for Some,” as I call it, allowing some people to buy into some version of Medicare, is less pragmatic. We have a broken healthcare system, and we have two huge problems we need to address: We need to rein in the excessive costs we’re paying for our healthcare. And we have to make sure that everybody in America can get the healthcare they need at a price they can afford.

And “Medicare for Some” does not address either of those two huge problems. Medicare for All, in fact, does. It reins in costs, and it guarantees everybody in America health insurance. “Medicare for Some” is going to do very little to help the 29 million uninsured, and the tens of millions more who are underinsured, be able to afford their healthcare.

JJ: Yeah, it’s not as though, because it’s a half measure, it would deliver half the benefit. But also, in reality, I would think that half measures really aren’t easier sells, politically. I think it’s mainly pundits who think that the center of the road and, you know, “don’t really disrupt anything,” that that’s always going to be the most persuasive argument to people.

JJ: Yeah, I think that just knowing that if you or a family member got seriously ill or had an accident, that you would quite possibly lose every penny you have—and many that you don’t—I think that has a political impact; like debt, it promotes a kind of caution and political quietude, and even fear.  And I can’t help but think of all the energy that could be freed up if we took that worry from people.

But the insurance industry isn’t going to go gently into that good night. They are spending millions on lobbying and PR. And research that FAIR did some years back showed a lot of interlock among the boards of media corporations, and insurance and pharmaceutical companies. They literally work together.

As we go forward and as things heat up, what should we be on the lookout for as we see coverage of Medicare for All? What sorts of key countervailing bits of information would you have us keep in the front of our mind? 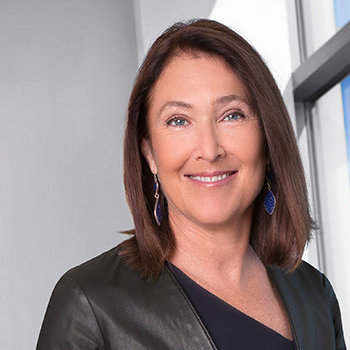 DA: I think that the first and most important point is that Medicare for All is really not a new concept in this country. We’ve had Medicare now for over 50  years. And it works really well. People love it. People look forward to turning 65 and being able to count on Medicare, because it does work so well.

And that Medicare for All is only an extension of Medicare, a better version of Medicare, a less costly version of Medicare, that will allow people to sleep well at night, knowing that they don’t have to be worried about the cost of their care. And I think increasingly Americans are seeing, if not themselves, the people around them, struggling and making decisions no one should have to make, between their healthcare and their kids’ healthcare, or their sister’s healthcare. I mean, these are trade-offs that are unconscionable and unjust.

JJ: There are going to be, as they say, “losers”; there will be people and industries on the short end of a change like this. And I think we just have to expect that they will be putting arguments out into the atmosphere that that suggests that there’s something very wrong or very dangerous going on here. We have to be prepared for that kind of disinformation, right?

DA: What’s wrong and dangerous is that there are so many people dying and suffering in this country, tens of thousands of people, because they can’t get healthcare. And I think if people focus on the fact that this is going on to an unconscionable degree in the United States of America, the wealthiest country in the world, and other wealthy countries are able to deliver far better healthcare at half the cost, they’ll realize that we can do it as well. We can do it, and we don’t need to rely on commercial insurance to get the healthcare we need; we can’t rely on it, because we can’t get it through commercial health insurers.

JJ: How can people get involved? I mean, we have legislation now to look at. Are there other things that folks can do to make themselves heard on this issue?

DA: Always lots of things. Most importantly, they should be reaching out to their members of Congress. They should be asking for meetings, actually, with their representatives in Congress, and telling them and sharing their stories with them about their struggles to get decent, affordable healthcare under our current system. It’s broken and they know it, and we all feel it, and it’s unjust.

And there is an easy solution. The infrastructure is in place to expand Medicare to everyone. We know Medicare works; it’s tried and true. People love it. We just now have to move our politicians to hear us, and to do right by us.

JJ: We’ve been speaking with Diane Archer, president of Just Care USA; find their work online at JustCareUSA.org. Archer’s piece, “Why Medicare for Some Is the Wrong Idea,” can be found on TheHill.com. Diane Archer, thank you very much for joining us this week on CounterSpin.