The attack against Syria – this proud and independent country – has just taken place.

Three countries with zero moral mandate to judge or punish anybody; three countries already responsible for hundreds of millions of human lives lost on all continents for centuries, showered Syria with their missiles.

They tried to scare to death Syria, and to break its determination, but they failed. Most of the Syrian people stood proudly by their government.

71 out of 103 of the Western missiles were shot down, and the rest fell on the empty facilities, which have nothing to do with a ‘production or storage of the chemical weapons’. To begin with, Syria has no chemical weapons program and no chemical weapons factories, as well as no warehouses, so nothing could really fall on something that does not exist. 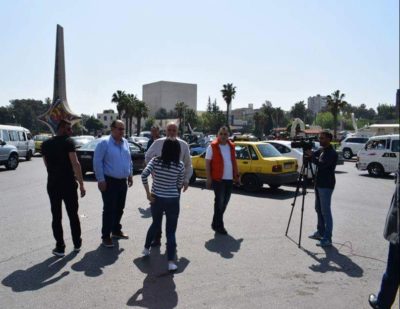 The Russian forces are now on combat alert, while the massive Chinese fleet has left its ports, staging firing drill and exercises near Taiwan, in what many see as a clear warning to the West, and expression of support and solidarity with Russia and Syria.

The Syrian Ambassador to the U.N., Dr. Bashar Jaafari, accused the US, UK, and France…