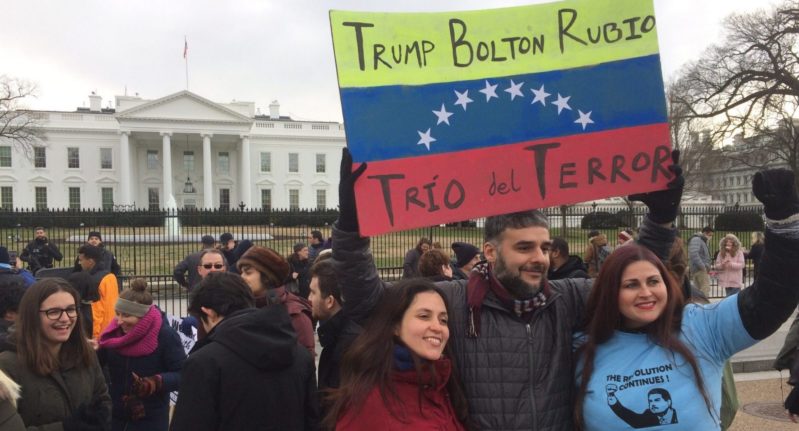 Two things stand out about the US coup in Venezuela. First, it is unusually open. Typically, the US tries to hide its coups. Second, the coup is built on a series of obvious falsehoods, yet the bi-partisans in Washington, with a few exceptions, keep repeating them.

First, we will correct the falsehoods so readers are all working from the same facts. Second, we will describe how this coup is being defeated. It will be another major embarrassment for the Trump administration and US foreign policy.

It is important to understand Venezuela has become a geopolitical conflict as Russia and China are closely allied with Venezuela. China and Russia coming into the backyard of the United States challenges the antiquated Monroe Doctrine.

Venezuela has the largest oil reserves in the world and the second largest gold reserves, as well as diamonds and other minerals such as coltan (needed for electronic devices). And, Venezuela is taking over as president of OPEC and will be in a position to push for oil payments in non-dollar currencies or in cryptocurrencies, a major threat to the US dollar. 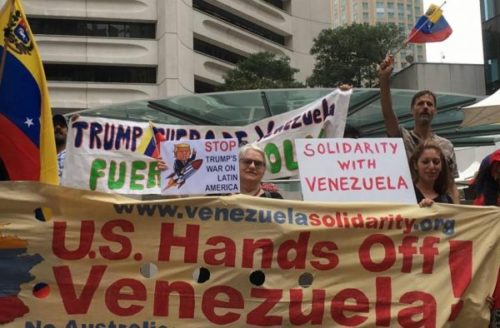 A protest outside the United States Consulate in Sydney on January 23 to demand no US intervention in Venezuela. Photo: Peter Boyle

There are a series of false statements repeated by DC officials and corporate media to justify the coup that are so obvious, it is hard to believe they are not intentional. In his two-paragraph…