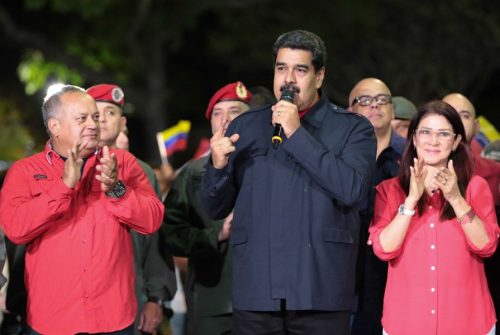 As the President of the Venezuelan Electoral Commission (CNE) read the results from the regional elections that took place on Sunday, October 15, one could feel the agony in the editorial rooms of mainstream media outlets. Chavismo had just won 18 out of 23 governorships, a result that, according to them, could not have happened. International observers praised the electoral process and opposition claims of fraud, while uncritically echoed by the media, do not have a leg to stand on.

The United Socialist Party of Venezuela (PSUV) had a tremendous victory in these elections. Among the three quarters of the governorships secured, some were quite significant. Hector Rodríguez, a young and charismatic chavista leader, won the governorship of Miranda state back from the opposition. Miranda includes part of Caracas and was the main hot spot of opposition violence in recent months. Another example was Chávez’s home state of Barinas which also saw some unrest in recent months. Chávez’s younger brother Argenis was the candidate and the state was successfully held by the PSUV.

The opposition lost all three governorships won in 2012 (Miranda, Amazonas and Lara) and won five others (Anzoátegui, Mérida, Nueva Esparta, Táchira and Zulia), with three of them being on the border with Colombia and raising some fears of increased paramilitary activity. Overall participation…