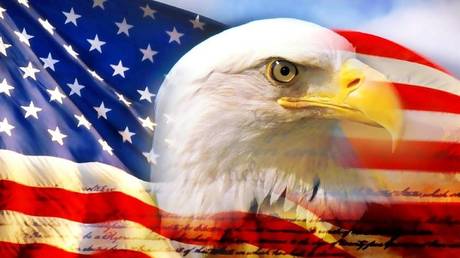 The armed volunteer militia group, which has recently drawn much criticism and little praise for catching hundreds of suspected illegal migrants in New Mexico, has been abruptly cut from crowdfunding sites, for promoting violence.

Members of United Constitutional Patriots (UCP), a small New Mexico people’s militia, gained notoriety this week after detaining around 300 migrants who crossed the US border with Mexico illegally. Video of their ‘Border Ops mission’ showed militia members armed with semi-automatic rifles rounding up a big crowd of people, including women and children.


While some praised the group for their commitment to seal the US border, the militia’s harsh tactics has come under heavy criticism and was slammed by New Mexico Governor and the American Civil Liberties Union. The growing public outrage prompted PayPal and GoFundMe to shut down the group’s accounts.

“We can no longer accept payments thru PAYPAL, they have permanently suspended our account,” UCP announced on Facebook after the online payment service accused the vigilantes of supporting “hate, violence, or other forms of intolerance that is discriminatory.” CPU’s Twitter account also appears to have been taken offline.

Also on rt.com
Vigilantes or patriots? FBI arrests head of militia rounding up illegal migrants at US border


“They killed us,” Mark Cheney, who described himself as commander of United Constitutional Patriots, told BuzzFeed. GoFundMe and Twitter have yet to comment on the issue.

Cheney, meanwhile, has set up another PayPal fund campaign to raise funds for those Citizen Patriot members who might need assistance with “legal issues,” after the group’s leader Larry Mitchell Hopkins was detained by FBI agents on Saturday, on charges of possessing weapons illegally.