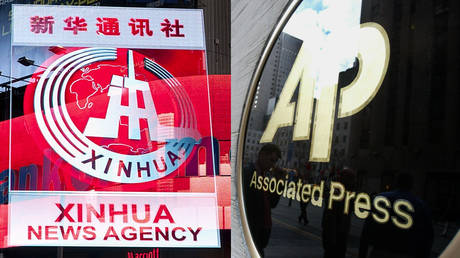 A bipartisan group of US representatives has demanded answers from the news agency AP after it signed a memorandum with its Chinese counterpart Xinhua. RT looks at how a formality caused quite a stir.

The 14 legislators wrote a letter to question AP’s wisdom about doing business with Xinhua, stating that unlike AP’s “independent journalism, Xinhua’s core mission is to shape public opinion in ways sympathetic” to Beijing, according to a Washington Post report.

However, the answer may be more simplistic. AP explained: “The recent memo of understanding updates a relationship that has been consistently the same since 1972 and opens the possibility for future commercial interactions, similar to agreements AP has with other state news agencies around the world.”

Also on rt.com
With friends like these who needs enemies? China makes Canada pay for playing US lackey


Political analyst Colin Cavell described the letter from lawmakers as a clear contradiction because, on one hand, Washington stands for “free enterprise,” but “you restrict enterprise on the other hand.”

RT’s Igor Zhdanov explores how a routine business interaction triggered such an alarmist response in the US Congress.