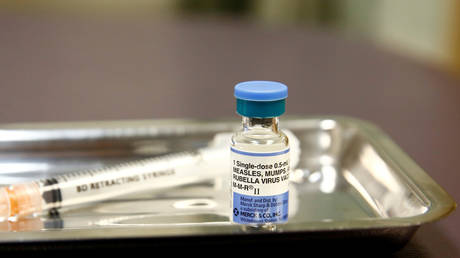 A Brooklyn judge has dismissed a lawsuit brought by an anonymous group of parents who argued the mandatory measles vaccination order imposed by the mayor earlier this month was unconstitutional.

“A fireman need not obtain the informed consent of the owner before extinguishing a house fire. Vaccination is known to extinguish the fire of contagion,” Judge Lawrence Knipel wrote in his decision, calling the mandatory vaccination order “a rare but necessary step” and dismissing the parents’ arguments that it violates their religious freedom, medical ethics, and “internationally accepted human rights principles such as the Nuremberg Code.”


Five parents, identified only by their initials, challenged the constitutionality of the order earlier this week in Brooklyn Supreme Court, slamming the measure as “arbitrary and capricious” and demanding an immediate halt to enforcement. In addition to violating their right to “individual autonomy, informed consent and free exercise of religion,” they claimed the city had failed to show evidence of a genuine public health crisis.

The emergency order mandates vaccination in anyone over the age of six months who lives, works, or attends school in several Brooklyn zip codes, home to large concentrations of Orthodox Jews. At least three parents of unvaccinated children have already been slapped with a $1,000 fine and threatened with another $2,000 penalty if they do not appear in court. Several Orthodox schools and preschools have been temporarily shuttered for failing to turn over their immunization and attendance records to city health authorities, while over 20 more have received warnings.


New York Mayor Bill de Blasio declared the emergency almost two weeks ago, citing an alarming rise in measles cases and blaming “anti-vaxxers” for spreading “fake science.” The disease has infected 329 New Yorkers since September, many of them children of Orthodox Jewish families living in Brooklyn, making it the worst “outbreak” since 1991 – though some have argued that 329 cases of a non-fatal disease in a city of 8.6 million people does not rise to the level of a “crisis.”