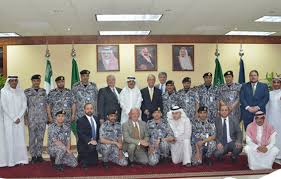 In America, college students are just arriving on their campuses- some for the first time- ready to start the new academic year. They have a wide range of interests and goals, from bringing about the latest medical breakthrough to wanting to change U.S. foreign policy. Some may even want to become President. One thing they all have in common though, is that they have just entered a time in their lives where they will explore, learn, and- most importantly- be able to express themselves.

At the same time as millions of American college students begin to express their newfound views, people their age on the other side of the world are forced into silence. In Saudi Arabia, alternative political views are crushed by an oppressive regime that stamps out even the slightest form of dissent.

These two seemingly opposite worlds, the United States and Saudi Arabia, have a disturbing new connection. The president of University of New Haven, Steven H. Kaplan, has recently signed an agreement in June 2016 to collaborate with instructors at King Fahd Security College in Riyadh for the development of baccalaureate security studies program. The course of study will offer three specialization tracks: criminal justice, homeland security, and intelligence studies, all of which will be used to “enhance security in the Kingdom [of Saudi Arabia], the Middle East, and globally.”

While there is something to…