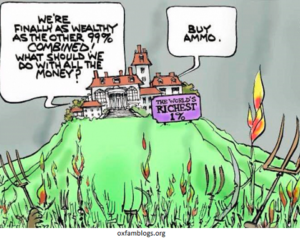 In a book which seemingly offers simple, but clever, rules to help people gain control over their lives, psychologist Jordan Peterson curiously pours a lot of vitriol on Marxism/communism and the nation states that practice(d) communism.

Marx attempted to reduce history and society to economics, considering culture the oppression of the poor by the rich. When Marxism was put into practice in the Soviet Union, China, Vietnam, Cambodia and elsewhere, economic resources were brutally redistributed. Private property was eliminated, and rural people forcibly collectivized. The result? Tens of millions of people died. Hundreds of millions were subject to oppression rivalling that still active in North Korea, the last classic communist holdout. (loc 5256-5257)

As a minimum, what Peterson stated is overtly brazen defamation of Marx. But before defending Marx from the groundless invectives of Peterson, it should be noted with utmost comfort that Peterson’s approach to analyzing the thought of Marx and his role in history and issuing verdicts thereof manifestly demonstrates Peterson’s poor knowledge of Marxian thought. What is remarkable here is that naïve ideological parochialism supplants informed elements of debate. To explain, Peterson is overconfident that he, as a psychologist, can read the mind of Marx. So he volunteered to tell us that when he summoned his spirit to his couch, this told him that he…