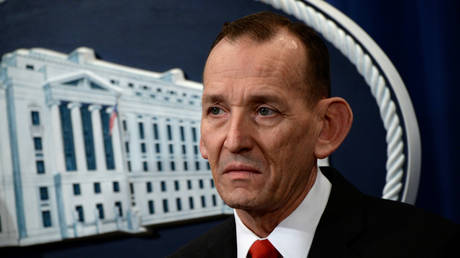 Head of the US Secret Service Randolph ‘Tex’ Alles has been asked to leave as part of President Donald Trump’s apparent shake-up of the Department of Homeland Security. More DHS officials are reportedly on the way out as well.

DHS Secretary Kirstjen Nielsen suddenly resigned on Sunday, shortly after returning from a trip to the US-Mexico border with Trump. Kevin McAleenan, the current US Customs and Border Protection (CBP) commissioner, was named as her acting replacement.

Alles took over as head of the Secret Service in April 2017. Before that, he worked for CBP in a variety of capacities since his retirement from the US Marine Corps in 2011. Alles had been a Marine aviator, piloting combat jets and commanding Marine air wings during the Iraq War. He retired with the rank of major general.


There was no official explanation why he may have been asked to leave. Last week, a Chinese national was caught at Trump’s Mar-a-Lago resort in Florida, in possession of a flash drive containing malware. A Secret Service agent reportedly allowed her to enter due to a “language barrier” misunderstanding.