The overzealous politically correct-speech crowd has triggered a backlash. One person who took exception is Jordan Peterson, a professor of psychology at the University of Toronto who rocketed into the spotlight for his courageous dissent against compelled speech. I support that stance taken by Peterson. Peterson also has a youtube presence, and this year his book 12 Rules for Life: An Antidote for Crisis (Penguin Random House UK) was published. 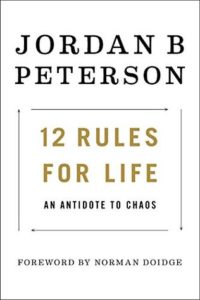 Peterson’s 12 Rules for Life contains plenty of wisdom, but also plenty of bias, often ill-supported by facts or reason. Yet an anarchist physics professor finds, “Peterson is having an impact because his important words are true and because oppressive false words have gone too far.” Peterson, says the anarchist, is “fighting for reason and objectivity and against ideological madness.”

Indeed, rational people will agree that discovering what best captures or approximates truth is important, as is exposing false narratives. Who cannot help but support “fighting for reason and objectivity and against ideological madness.” Yet Peterson can also be accused of ideological bias. Since 12 Rules for Life is a best seller and since Peterson’s views are garnering widespread attention, Peterson’s viewpoints on truth, falsity, anti-communism, ideology, and so on, as expressed in his book, call for a critical analysis.

The Need for Rules

Peterson claims that “without rules we quickly become slaves to our…