Wealth maketh many friends; but the poor is separated from his neighbour.
— Proverbs 19:4″ 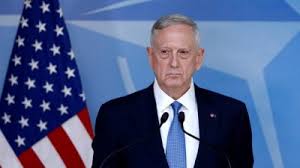 James “Mad Dog” Mattis spoke this week, at a pentagon press briefing, saying, among other things, that it was a time for all civilized nations to unite. The use of this trope ‘civilized’ echoes colonial sensibility. It is part of general shifting of meaning in the rhetoric of Empire over the last, say, 80 years.

Never mind that the occasion of this speech, as seems increasingly the norm, was based on mostly propaganda. No evidence for a chemical attack was actually provided. Just as the evidence in the Skripal (attempted) murder (sic) is conspicuously lacking.

This is a time when war criminals (unprosecuted, of course) can simply count on the utter amnesia of both the public and the quisling western press.

So let’s go back and check a few boxes on Mattis. This is the man who oversaw the war crimes of Fallujah and then helped cover them up. One can read about it here…

So how is it that Mattis can so confidently count on the silence and complicity of the corporate press? Mattis is no doubt sociopathic. He is a lizard eyed lisping sadist and yet he is fawned over and described as the ‘the most revered Marine in a generation’ by the same prostrate press. The adoration of the military in western media is at an all time high. And entertainment today is laden with the most jingoistic and nativist rhetoric imaginable. Hollywood today produces fiction that is…