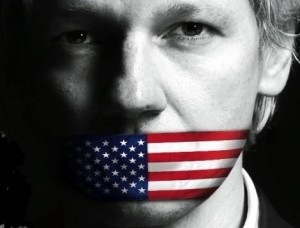 The Western world never ceases to speak of its “democratic values.” In Western political theory, the way democracy works is by free speech and a free press. By speaking out, citizens and media keep the government accountable.

This liberal tradition means that there are no words or terms that cannot be used because some designated “victim group” can claim to feel offended. The inroads into free speech made by political correctness, now institutionalized in universities and the public school system, in the presstitute media, in American corporations such as Google, and in the enculturated habits of Americans, demonstrate a decline in the status of free speech. Governments have also made inroads, with the “war on terror” becoming a justification for warrantless spying, mass surveillance, and a clampdown on dissent.

The free press has declined even more dramatically than free speech. The NY Times of the Pentagon Papers disappeared during George W. Bush’s first term when the newspaper sat on the story that the Bush regime was spying without warrants. The NY Times sat on the story for a year, allowing Bush to be reelected without controversy and allowing the government time to legalize the spying on an ex post facto basis.

Today the media are a propaganda ministry engaged in the demonization of Russia and Trump and justifying the war crimes of Washington and its vassal states.