“No pictures!” growls a burly Lebanese army captain, looking me deliberately in the eyes from not three feet away across his Major’s desk, while pointing directly at my Nikon. “No pictures!” he repeats, now staring at my translator. Since we are both seated in his office deep within the heavily armed perimeter of the army’s southern command, scores of heavily armed soldiers all around us, and these being the only words of English so far spoken by him, there was no doubting his sincerity on this point.

Four hours earlier, 7:56 AM on a Saturday near Beirut harbour, day pack loaded and now stepping into the early dawn light, my driver shows up with a wave from his rolled-down window and pulls up in front. Climbing in, we are off. Destination: The Lebanon/Israel border ninety miles south. Goal: To get there. 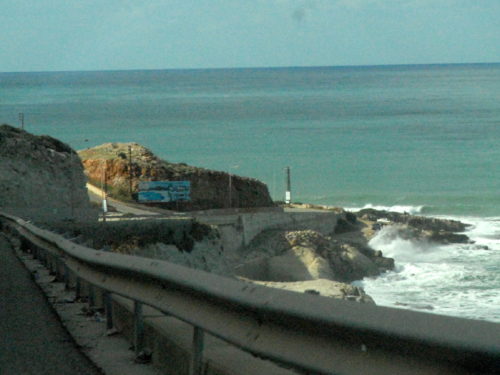 Just south of the Lebanon/Israel border, Israel is again furiously banging the drums of war using the dead bones of its bleach dried truth. The Israeli media is speculating daily about, if not promoting, a new Israeli war against the peaceful Lebanese while fantastically suggesting that Hezbollah will attack Israel; the polar opposite of the accurate history to date. [see Part Three] Israeli military chiefs publicly demand the same. Defense Minister, Avigdor Leiberman, stated, “all of Beirut will be hiding in bomb shelters.” Minister Naftali Bennett also assured renewed crimes against humanity, saying “the Lebanese [people]…