When I learned of the death of Kamal al-Assar, a few years ago, I was baffled. He was only in his 40s. I remember him in his prime, a young rebel, leading the neighborhood youth, armed with rocks and slingshots, in a hopeless battle against the Israeli army. Understandably, we lost, but we won something far more valuable than a military victory. We reclaimed our identity. 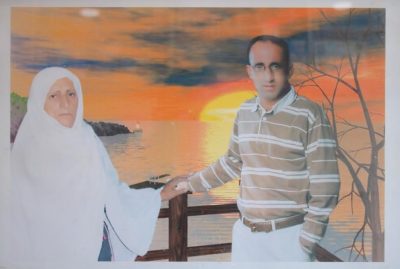 At every anniversary of the First Palestinian Intifada, a popular uprising that placed the Palestinian people firmly on the map of world consciousness, I think of all the friends and neighbors I have lost, and those I have left behind. The image of Ra’ed Mu’anis, in particular, haunts me. When an Israeli sniper’s bullet plunged into his throat, he ran across the neighborhood to find help before he collapsed at the graffiti-washed walls of my house.

“Freedom. Dignity. Revolution,” was written in large red letters on the wall, a pronouncement signed by the Popular Front for the Liberation of Palestine.

Only later I learned that Kamal was the one who carried Ra’ed out of the firing zone. But it was too late. Ra’ed, a skinny and feeble teenager, with a distinct black mark on his forehead had bled alone at the steps of my home. When he was buried, hundreds of refugees descended on the Martyrs Graveyard. They carried Palestinian flags and chanted for the Intifada and the long-coveted freedom. Ra’ed’s mother was too weakened by her…