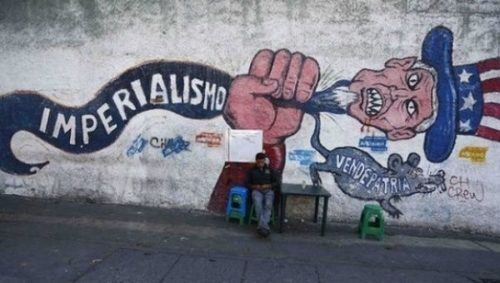 An Anti-Imperialist Mural in Caracas, Venezuela (from Telesur)

The United States has had a policy of imperialism beginning after the Civil War. The US way of war, developed against Indigenous peoples, spread worldwide as the US sought to extend its power through military force, economic dominance and diplomatic hegemony.

Imperialism is driven by what Rev. Martin Luther King, Jr. identified at the end of his life, the triple evils of racism, capitalism, and militarism. Lenin described imperialism as the highest stage of capitalism. Imperialism has justified mass slaughter, resulting in the US killing 20 million people since WW II. The People of the United States must say ‘no’ to imperialism.

Advocacy against imperialism is needed to prevent confusion around US militarism. The US disguises imperialism by attacking so-called “dictatorial” leaders who “use violence against their own people.” This results in Orwellian-phrased “humanitarian” wars – violence by US surrogates inside a country, massive funding to create opposition against a government or economic sanctions that cause widespread suffering.

The propaganda justifying these abuses hides the real intent — expansion of US domination so US corporations can profit from resources and cheap labor under a US-friendly government. People confused by this rhetoric sometimes repeat the propagandistic claims of US imperialists and help justify US intervention. 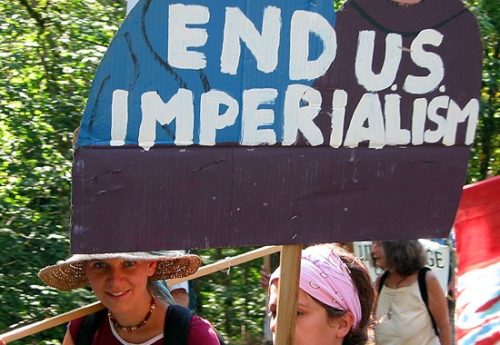 End US Imperialism (from…