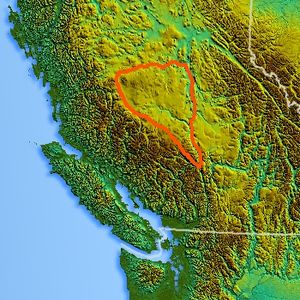 Territory of the Tsilhqot’in people

1. Before the influx of Europeans the Indians of what is now Canada lived in organized societies with exclusive possession and jurisdiction of the land. But according to the Supreme Court of Canada in Tsilhquot’in v. British Columbia, 2014 SCC 44:

[113]… Can the [provincial] legislature have intended that the vast areas of the province that are potentially subject to Aboriginal title be immune from forestry regulation? And what about the long period of time during which land claims progress and ultimate Aboriginal title remains uncertain? During this period, Aboriginal groups have no legal right to manage the forest; their only right is to be consulted, and if appropriate, accommodated with respect to the land’s use: Haida. At this stage, the Crown may continue to manage the resource in question, but the honour of the Crown requires it to respect the potential, but yet unproven claims.

[114] It seems clear from the historical record and the record in this case that in this evolving context, the British Columbia legislature proceeded on the basis that lands under claim remain “Crown land” under the Forest Act, at least until Aboriginal title is recognized by a court or an agreement. To proceed otherwise would have left no one in charge of the forests that cover hundreds of thousands of hectares and represent a resource of enormous value. Looked at in this very particular historical context, it seems clear that the…