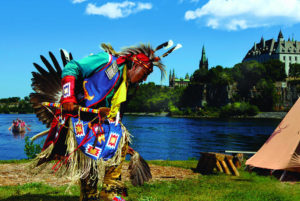 Imagine that a group of bandits entered your house without permission and booted you and your family members out. Afterwards the bandits continue to occupy the house, but they graciously allow you and your family to stay in the cellar. Would you accept such a state of affairs? Would you not want your house back in its entirety? And would you not want the usurpers evicted?

No intelligent person denies that the Indigenous peoples of Turtle Island (North America) were the original inhabitants. In fact, they precede the coming of Norsemen, Christopher Columbus, John Cabot, and conquistadors by several millennia. Yet the Catholic Church of later seafarers decreed (in the papal bull Inter Caetera, 1493) that non-believers were savages and that their territory would belong to European monarchs. This was largely overturned by the papal bull Sublimis…