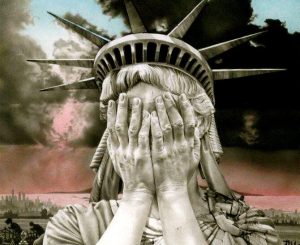 Most of all, we have the opportunity to serve as an example of democracy to the world by the way in which we run our own society; America, in the words of John Quincy Adams, should be ‘the well-wisher to the freedom and independence of all’ but ‘the champion and vindicator only of her own.’

Despite having met and befriended some fine Americans over the years, my long-held opinion of the U.S. in particular and the American people in general — an opinion confirmed after I read Senator Fulbright’s book in the late 60s — has not only remained doggedly unchanged, but has, in fact, become more entrenched and pessimistic. Such entrenched pessimism stems from the inescapable truth that…