Killing a man who says ‘No!’ is a risky business,” the priest replied, “because even a corpse can go on whispering ‘No! No! No! with a persistence and obstinacy that only certain corpses are capable of.  And how can you silence a corpse?”

Fifty years have elapsed since Thomas Merton died under mysterious circumstances in a cottage at a Red Cross Conference Center outside Bangkok, Thailand where he was attending an international inter-faith monastic conference.  The truth behind his death has been concealed until now through the lies and deceptions of a cast of characters, religious, secular, and U.S. governmental, whose actions chill one to the bone.  But he has finally found his voice through Hugh Turley and David Martin, who tell the suppressed truth of Merton’s last minutes on earth on December 10, 1968. 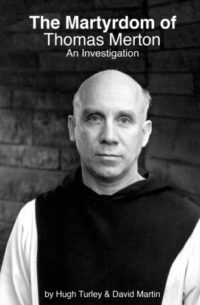 This is an extraordinary book in so many ways.  First, because the authors prove beyond a shadow of a doubt that the Trappist monk and anti-war writer Thomas Merton was assassinated and did not die in a fabricated accident, as has been claimed for all these years.

Second, because it is so meticulously researched, sourced, documented, and logically argued that it puts to shame and the lie to so many works, including academic ones, that purport to be profound but fall apart once carefully inspected, especially all those that have been written about Merton and his alleged accidental death. These false…