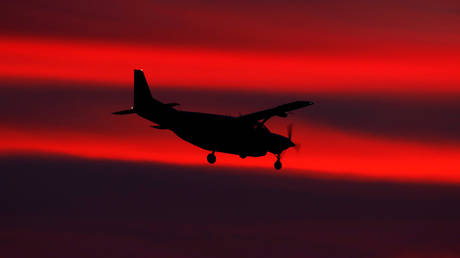 A small plane has crashed between two homes in a neighborhood in the US state of South Dakota on Christmas day, starting a fire and killing at least one person onboard the aircraft.

The incident happened just after 5.00 pm local time in the neighborhood of Sioux Falls on Tuesday. The plane nearly missed the houses, where people were relaxing on Christmas day. The crash started a fire and prompted the evacuation of four houses while firefighters were trying to extinguish the flames. The two homes between where the aircraft crashed sustained heavy exterior damage.

A mysterious object crashed in between two homes at the corner of 51st and Birchwood Ave. Police and Firefighters are working together to maintain the flames. pic.twitter.com/r8Zuodbv7i

Footage from the scene showed smoke highlighted by floodlight rising towards the night sky and a fire raging on the ground.

The sole fatality reported in the incident was a person on board the aircraft. The authorities would not immediately confirm if there was anyone else on it, so the victim is presumed to be the pilot.

The aircraft was described by the local police as a single-engine small-frame plane.