The UK government’s presentation on the Salisbury incident, which was repeatedly cited in recent days as an “ultimate proof” of Russia’s involvement into Skripal’s assassination attempt, was made public earlier today.

This 6-paged PDF is a powerful evidence of another intellectual low of the British propaganda machine. Open it and you can tell that substantially it makes only two assertions on the Skripal case, and both are false: 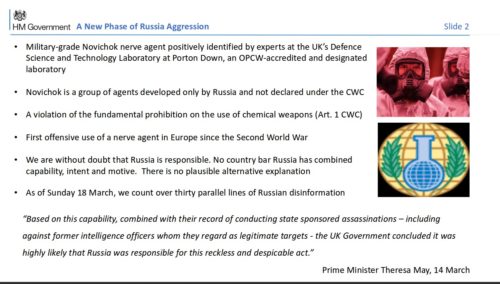 First. Novichok is a group of agents developed only by Russia and not declared under the CWC” – a false statement. Novichok was originally developed in the USSR (Nukus Lab, today in Uzbekistan, site completely decommissioned according to the US-Uzbekistan agreement by 2002). One of its key developers,  Vil Mirzayanov, defected to the United States in 1990s, its chemical formula and technology were openly published in a number of chemical journals outside Russia. 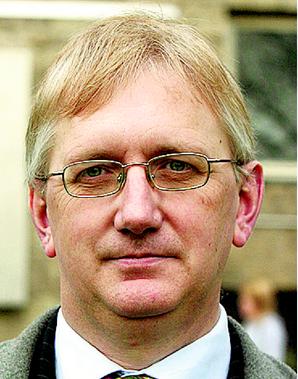 I have now been sent the vital information that in late 2016, Iranian scientists set out to study whether novichoks really could be produced from commercially available ingredients. Iran succeeded in synthesising a number of novichoks. Iran did this in full cooperation with the OPCW and immediately reported the results to the OPCW so they could be added to the chemical weapons database.

This makes complete nonsense of the Theresa May’s…