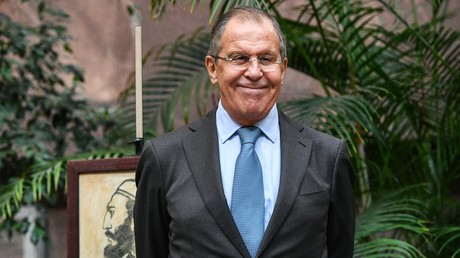 Russia is channeling US President Donald Trump by trolling the West through its official twitter accounts. Or at least that’s what the Daily Beast believes, warning that reading Russian tweets may confuse the American public.

“Over the past nine months to a year, we’ve seen a much more aggressive overt messaging campaign from Russian outlets, from a lot of embassy accounts and the Foreign Ministry,” Laura Rosenberger, director of the Washington-based Alliance for Security [sic] Democracy, told the Beast.

The Beast misnames the big brains behind the dubious Hamilton 68 tool, which uses some digital magic – “secret methodology” as the ASD calls it – to pin pretty much anything trending on Twitter to machinations of Russia.

Russian officials, including the Foreign Ministry, indeed have been trying to play a less formal tune on the social media, contrasting the old-school language of the official statements. For the diplomats this has been going on since 2013, long before The Donald showed up on the radar of the US political establishment.

But the Beast gets one thing right – it’s hard to compete in trolling with the leader of the free world. From Reagan’s “bombing will start in five minutes” to Bush’s “Where are Iraqi WMDs” routine to Obama’s joke about drone strikes, it’s a pretty high benchmark to meet.