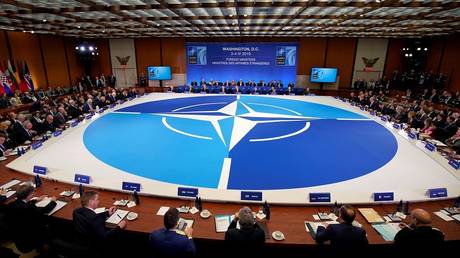 Commenting on the 70th anniversary of NATO, former US Congressman Ron Paul told RT the alliance is actually harmful to US interests of peace and commerce, empowering only the military-industrial complex and those who want empire.

Libertarian-leaning politicians spoke up against NATO at the time of its founding in 1949, Paul (R-Texas) told RT on Friday, adding that seven decades later, the alliance “doesn’t need to exist.”

To keep the military-industrial complex going, to keep the agitation, you always have to have an enemy.

Paul was concerned about the principle of having an international organization that not only gets the US involved everywhere around the world, but also “badgers” and pressures other countries to back US adventures in places like Afghanistan, Iraq, Libya, Syria and elsewhere.

Also on rt.com
Is Russia a better ‘gift’ to NATO’s 70th birthday than money? (VIDEO)


He pointed to the looming inability of Washington to afford a global empire – the US national debt is currently $22 trillion and counting – and the growing dissatisfaction of allies with the US imposing its will and telling them what to do.

“I don’t think that’s going to last forever. Matter of fact, I see some cracks in that already,” Paul said.